Perspective in art is a glorious illusion, something I’ve been using haphazardly for years in my paintings in a ‘hoping for the best’ kind of way.  But the great thing about teaching something is that you have to learn about it first, so over the last few months I’ve been paying more attention.  Perspective in art is defined as ‘the appearance of things relative to one another as determined by their distance from the viewer’.  Everyone knows that, but what surprises people is the extent to which distance shrinks everything.  How many student paintings have you seen with giant sheep in a distant field, or an enormous cottage on a hillside?

I was trying to explain this in the classroom on Wednesday and, as is often the case, practical examples speak loudest.    We were talking about figures in a painting, and how as they recede into the distance, the eye level remains the same but the feet move in relative to the foreground figures (assuming that all the figures are standing on level ground and are the same height, of course).

Sheila stood at the back of the room; Gill at the front.  There was probably about 30’ between them, so Sheila appeared smaller than Gill.  So far, so obvious.  But how much smaller, do you think.  Have a guess.  Their eye levels remained the same as they were similar height, so if you drew a line along Sheila’s feet, where on Gill’s body did they line up?  Would you believe me if I said that Sheila’s feet lined up with Gill’s waist?  She was exactly half her size, and only the width of a room apart.  To be able to draw, you need to remove your perspective goggles, shut your brain up and treat everything you see as if it was two dimensional.

That’s enough of that.   I did take time away from the drawing board today for a magical walk around Dinas Head.   Kittiwakes hovered on the clifftops;  I recognised them having spent several days last week studying and drawing seabirds for chapter three.   Why does knowing the name of something enhance our appreciation of it?  I’ll have a think about that one, preferably with a glass of Chardonnay in hand. 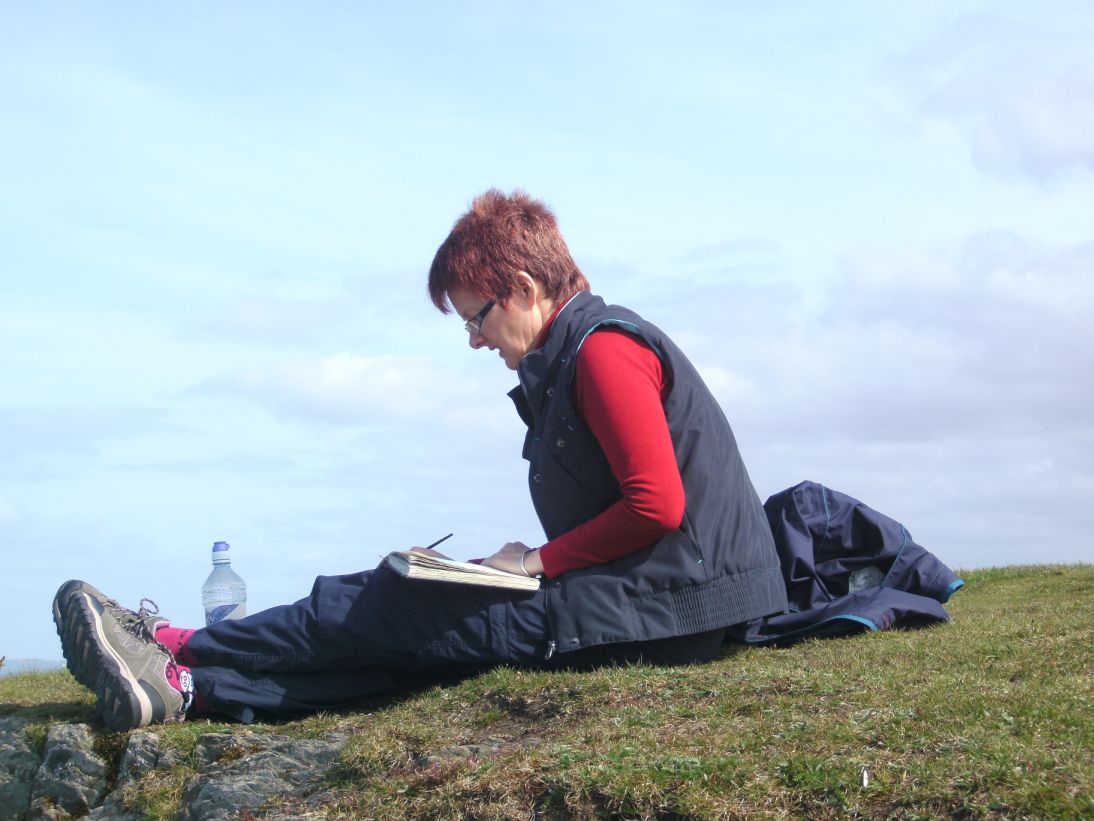 « No need to be rudderless in Beaulieu…

Dancing in the rain »