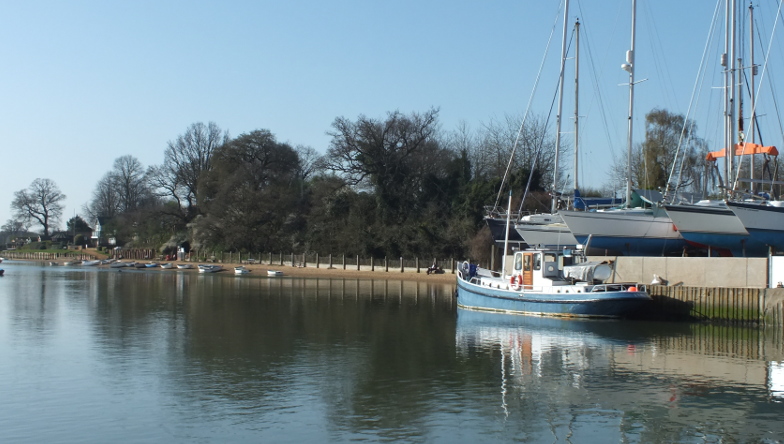 ‘Else’ on the quay at Waldringfield…. one of the nicest spots on the river

If you’re a worrying sort of person, I recommend a life afloat; it gives you so many more things to fret about, especially on an old boat. A clonking noise on the hull in the middle of the night – is that a rivet popping? (no, it’s just some debris carried on the tide). A problem with the engine cooling water – is that another expensive repair? (no, just the fan belt needs adjusting). Two days after floppy fan belt was sorted (thank you Mark Barton), I had a problem that every girl dreads – water under the floorboards.

As every boat owner knows, the first thing you do to bilgewater is taste it. No, it’s not a homeopathic remedy, taking a small amount of the problem in order to solve it, but if the water’s fresh, then the problem is internal (unless of course you sail on a freshwater lake which I’m sure gives you even more possibilities for worrying). If your bilgewater tastes salty, then you’re probably leaking (or sinking which is the same only faster and more stressful). 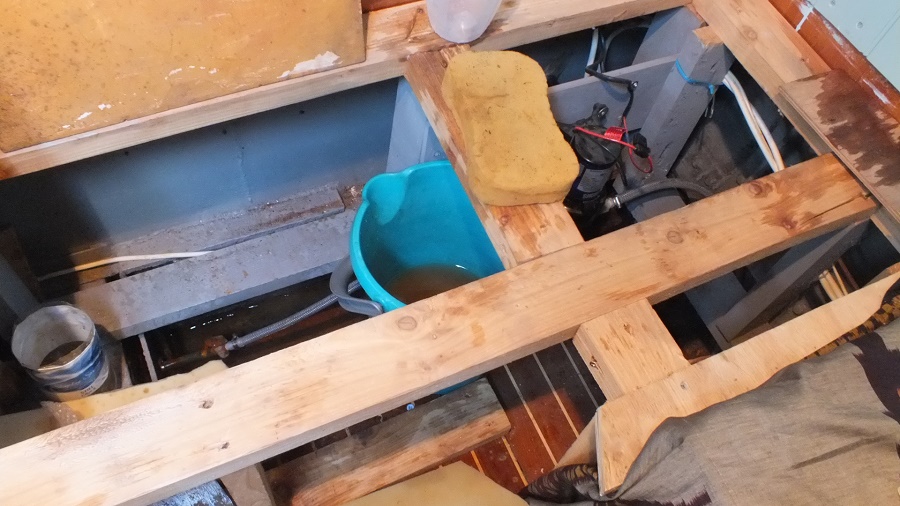 Perhaps I should bottle the contents of my bilges as an iron supplement?

So what did my bilgewater taste of? Rust. The taste of bitter iron oxide was so overwhelming that it took me a while to decide whether or not there was any salt in the mix, but I finally decided the water was fresh. An extra clue was the fact that no water came out of the tap even after filling the tank. I spent the day with buckets, bailers and bilge pumps trying to get it all out whilst worrying about what the problem was. I’m prone to thinking worst case scenario – a leaky water tank, which would be horribly expensive. Luckily I have spent most of the last month down at Waldringfield Boatyard where Mark and Emma Barton, who run the yard, kindly let me play at being artist in residence. My glum mood was lifted when Emma handed me a glass of wine and Mark descended into my bilges with a spanner, traced the problem to a broken jubilee clip, and had it fixed before I was on my second sip. If I had that kind of logical mind I would save myself a lot of worrying. My level of boaty problem solving runs more like this: 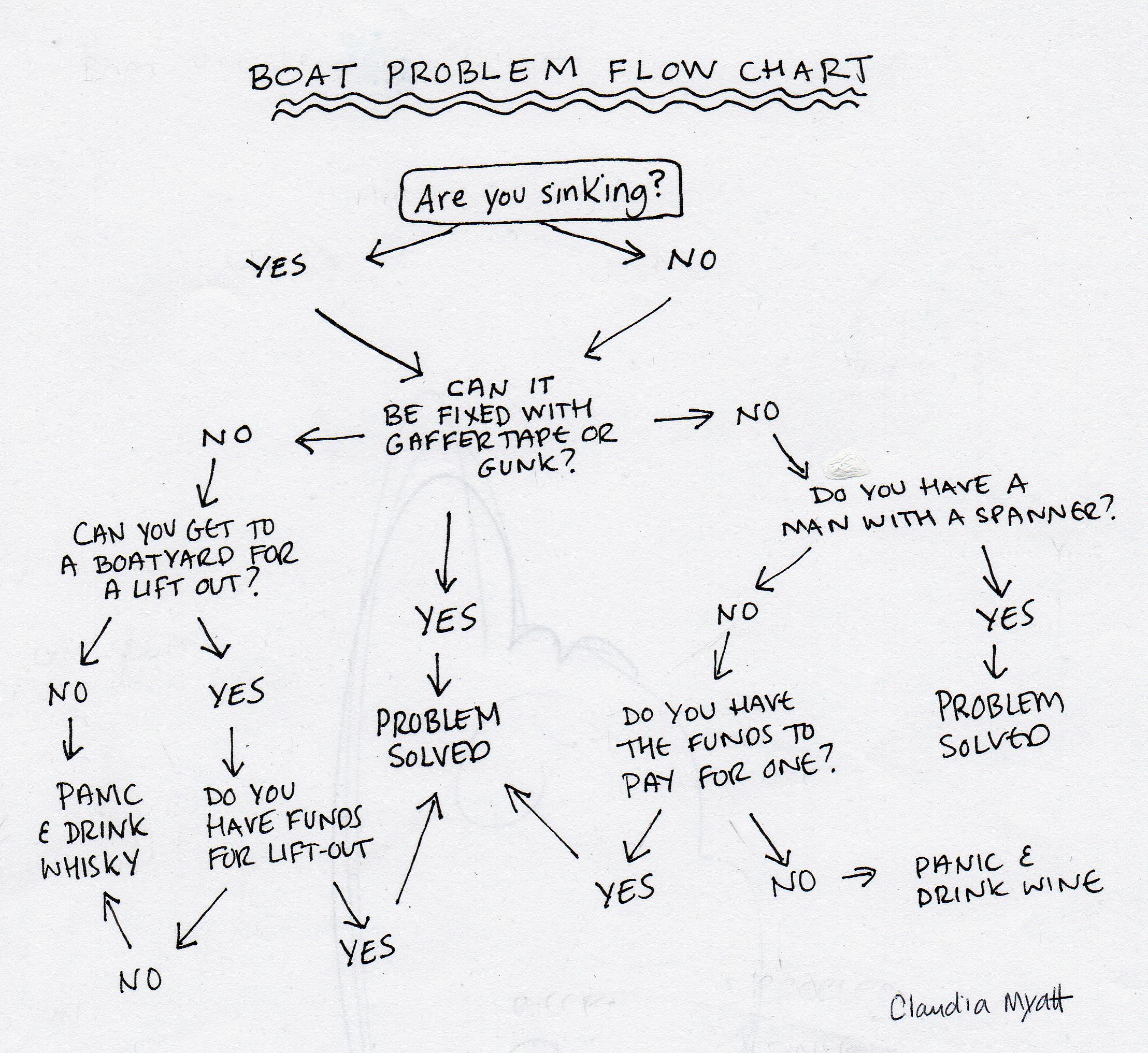 It was very useful spending a few weeks so close to my studio, as Easter is the time to set up ‘Art on the Quay’ ready for all the summer visitors who may want to buy buckets and crabbing gear, nautical gifts and my books and cards and scribbles. Emma and I held a weekend opening party with bottles of fizz and a few brave souls came in from the cold weather to join us in pretending that summer has begun. 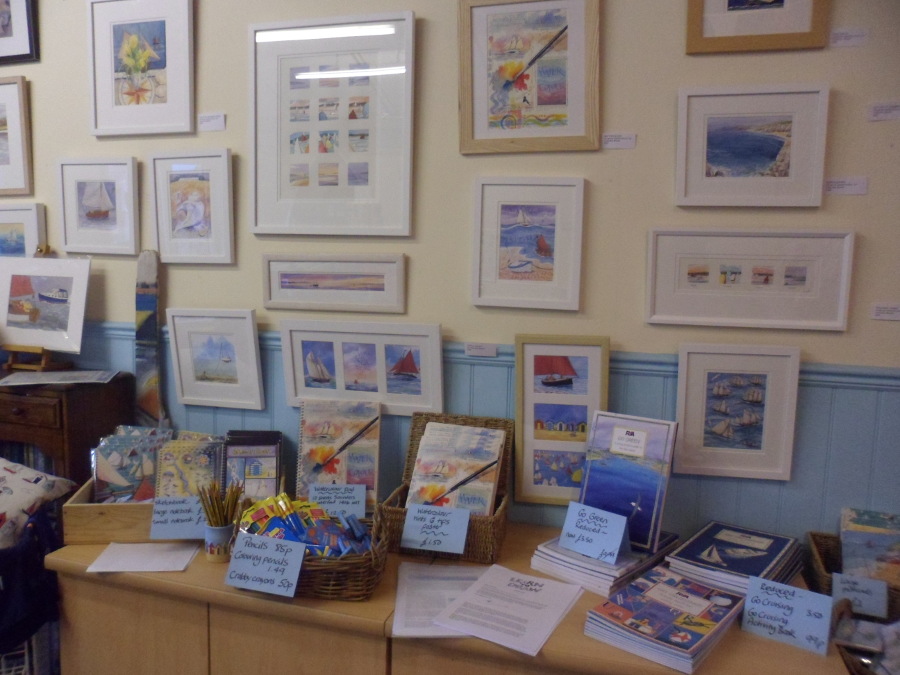 Then Emma had a bright idea: ‘Let’s go into making nautical mugs’, she said. So we did. A flurry of research, learning and spending over the last few weeks has seen us well on the road to the launch of ‘Gone Sailing’ – mugs for sailors with either our designs on or people’s own photos, logos or artwork. 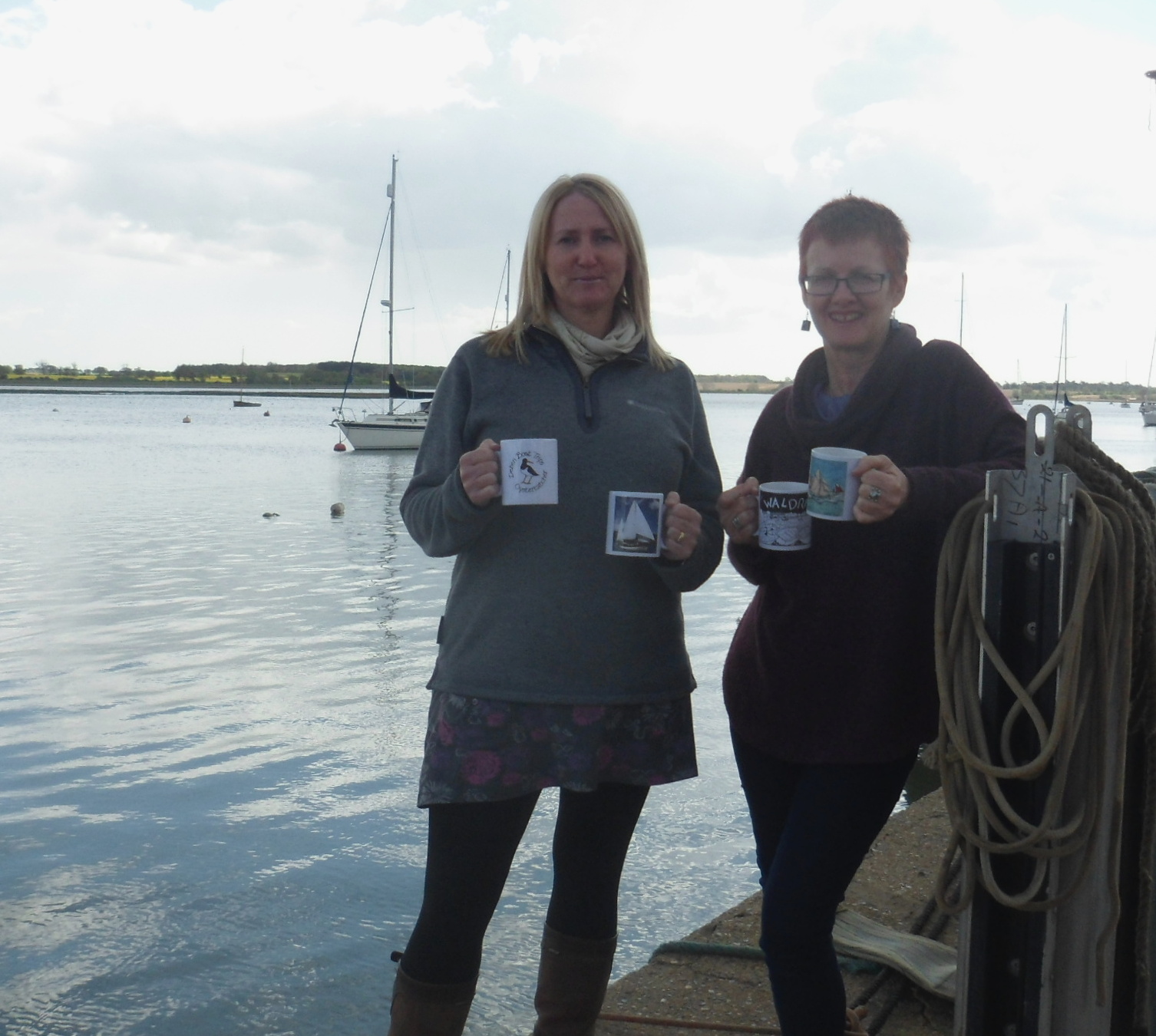 Emma and Claudia – a couple of mugs on the quay!

There will be a link to our website as soon as we have one! We have a few orders coming in already from sailing clubs and associations for prizes and merchandising, so if you’re interested, get in touch. Or pop in and see us if you’re in Suffolk (the ice creams are good too!) 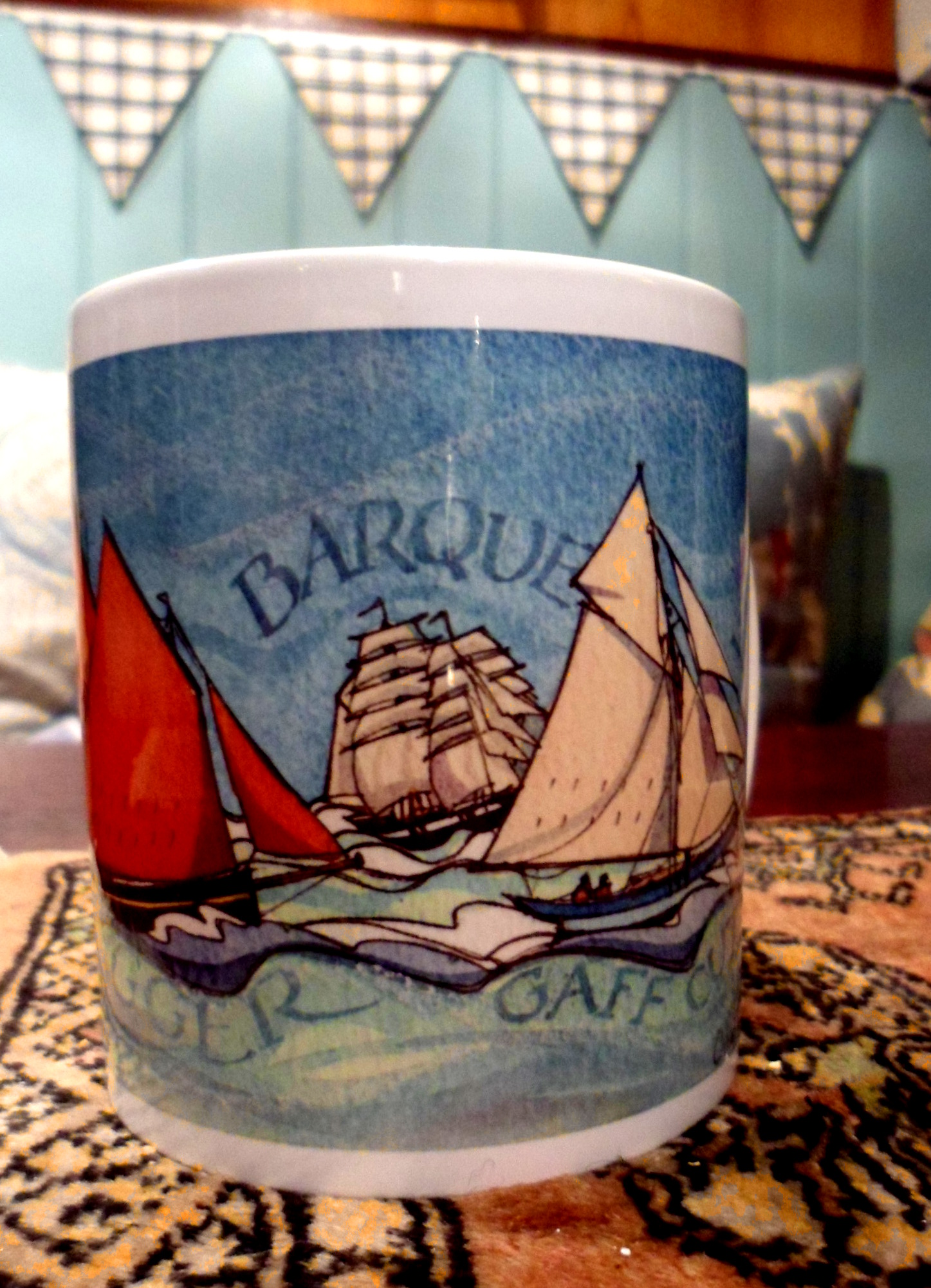 We’re taking our muggy designs to Beale Park Boat Show on 6th and 7th June – so look for us there in the craft tent! http://www.bealeparkboatandoutdoorshow.co.uk/ Let’s hope my bilges stay dry whilst I’m away……

2 thoughts on “Bilgewater and bright ideas”

« How to catch creative ideas