Where have all the teaspoons gone?

Having left such a long gap since my last blog post, I would normally now be apologising, explaining how busy I’ve been, describing my summer adventure on a trawler to France with a Celtic rock band and then generally wittering on a bit about art and what’s on the drawing board. But just for the hell of it this time you’re going to get some music instead:

I’ve posted this because so many people say ‘I’d love to be able to draw and paint but I don’t have any talent’, and it’s hard to convince them that talent is the cherry on the cake, it’s not the cake itself. The creative cake contains ingredients accessible to all – curiosity, persistence, practice, fact finding, getting familiar with the tools of the trade, practice, hanging out with others on the journey, mixed together and cooked with plenty of practice. It’s the fear of failure that stops us, so we gratefully hide behind the ‘no talent’ excuse. But having taken up music from scratch late in life, I realised that art and music were very similar and I now understand better my students’ fear of failure. ‘I can’t perform in public because I’ve no musical talent!’ I would tell people, then realised that it was time to prove my own theory, put a bit of effort in and do the best I can. With every new skill you have to look failure and fear in the face and say firmly ‘We’re in this together and you’re coming with me whether I like it or not!’ After all, those who have the ability to take their skill to a professional level still have to put the hours in (far more hours that those who do it for pleasure).

It’s taken me six years and much help and encouragement from the lovely folk music community to get from not singing or playing an instrument  at all to having huge fun at the Felixstowe Half Moon Folk Day, where a good natured audience is happy to listen to enthusiastic amateurs like me as long as we give it our best shot. I’d rather get to the end of my life having made plenty of mistakes than regretting not having had a go at all. Like sketching, painting, writing, anything that connects us more strongly to life, it doesn’t have to be perfect to be hugely satisfying to do.

If you want to learn to draw and paint, you and your mistakes are welcome to come along to one of my courses – see tuition page for the latest details. If you want to learn to sing and have always assumed you couldn’t, I recommend going along to Stones Barn in Cumbria where the wonderful Maddy Prior and friends will change the way you think about yourself and your voice (http://www.stonesbarn.co.uk/courses-and-booking). I’ve not been to Stones Barn yet but it was Maddy who got me started.

As far as the song is concerned, boat dwellers know where the teaspoons go – they end up in the river every time we empty the washing up bowl over the side. 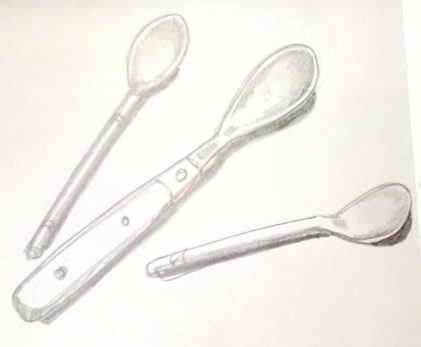 PS.. I ought to do a quick bit of arty stuff:  for those who’ve been asking, the year planners are at the printers and I hope to have them available online soon. And talking of mistakes, who spotted the error in the 2017 planner?  You’re never free of them! 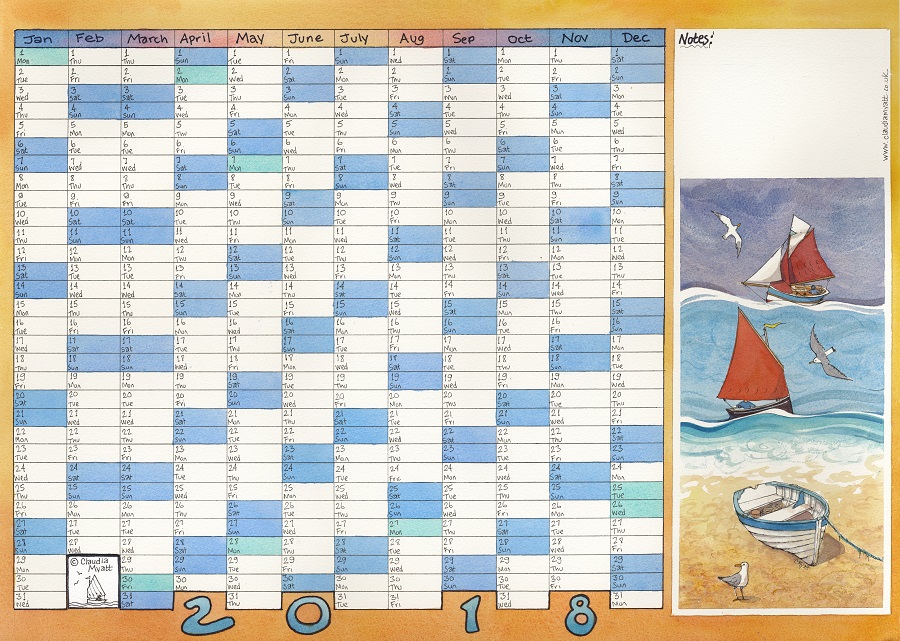 « Sailing and sketching in Scilly

Voyages on the sea of life »