It’s hard not to take weather personally.  I know it’s pure coincidence that June’s hot spell lasted long enough to get ‘Torhilda’ painted, varnished and slipped gently back into the wet stuff at Llanion boatyard.  She had just settled prettily on her new mooring when the first low pressure system of the summer revved up over the Atlantic and swooped, wet and windy, accompanied by all its gale-infested little friends.  Trip to North Cornwall – cancelled.  Charts and tide tables put to one side.  Perhaps August will be brighter, we say, ever hopeful.   Why do we have a hobby that takes all our available cash and time and that we hardly ever get to do?  That’s a rhetorical question, as any boat owner will tell you. 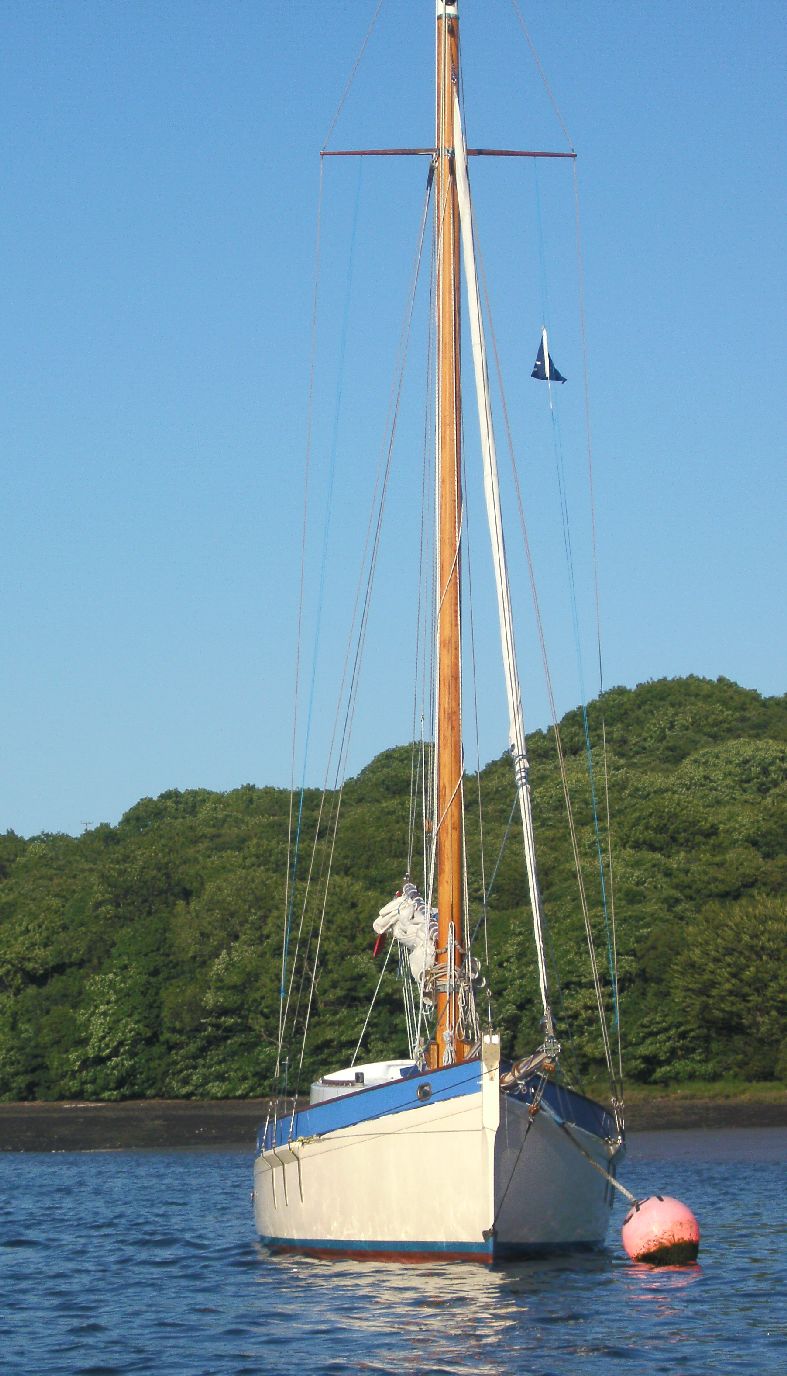 Living in a house looking at the forecast on the internet makes you cautious, but if your boat is also your home, you take the weather in your stride.  In the days when I lived on board my 24′ gaff cutter, it was a lot easier to get on with in and not spend too much time fretting over isobars.  I recall a windy trip up channel in ‘Kitty’ one year, coming back from the festival of sail in Brest and setting off from Weymouth, more or less happily, with a force 9 blowing.  Not as mad as it sounds, as the wind was behind us, it was a short coastal hop and the gale was due to ease by the time we got into the shelter of the Solent.    Dealing with rough weather when you’ve already got your sealegs is much easier than sitting indoors with the wind rattling the windows and deciding that you can’t possibly sail today because the ironing needs doing.

Which is why I’m always fascinated and impressed by that rare breed of sailors who deliberately put themselves in the worst conditions that the oceans can throw at them – offshore racing, especially singlehanded, is as tough as sailing gets and a stark contrast to the gin and tonic pottering about that most of us do.  Sailors like Mike Golding find the extreme conditions of the southern ocean as beautiful and compelling as they are challenging.  My current book (the one everyone wishes I’d get on and finish so I stop going on about it) features a double page spread of Mike’s views on the southern ocean, a humbling and valuable perspective on one of the last true wild places on earth.  I wanted to do a picture of ‘Ecover’, Mike’s Open 60, romping over the waves, albatross in attendance.  It took a few attempts but I got there in the end. 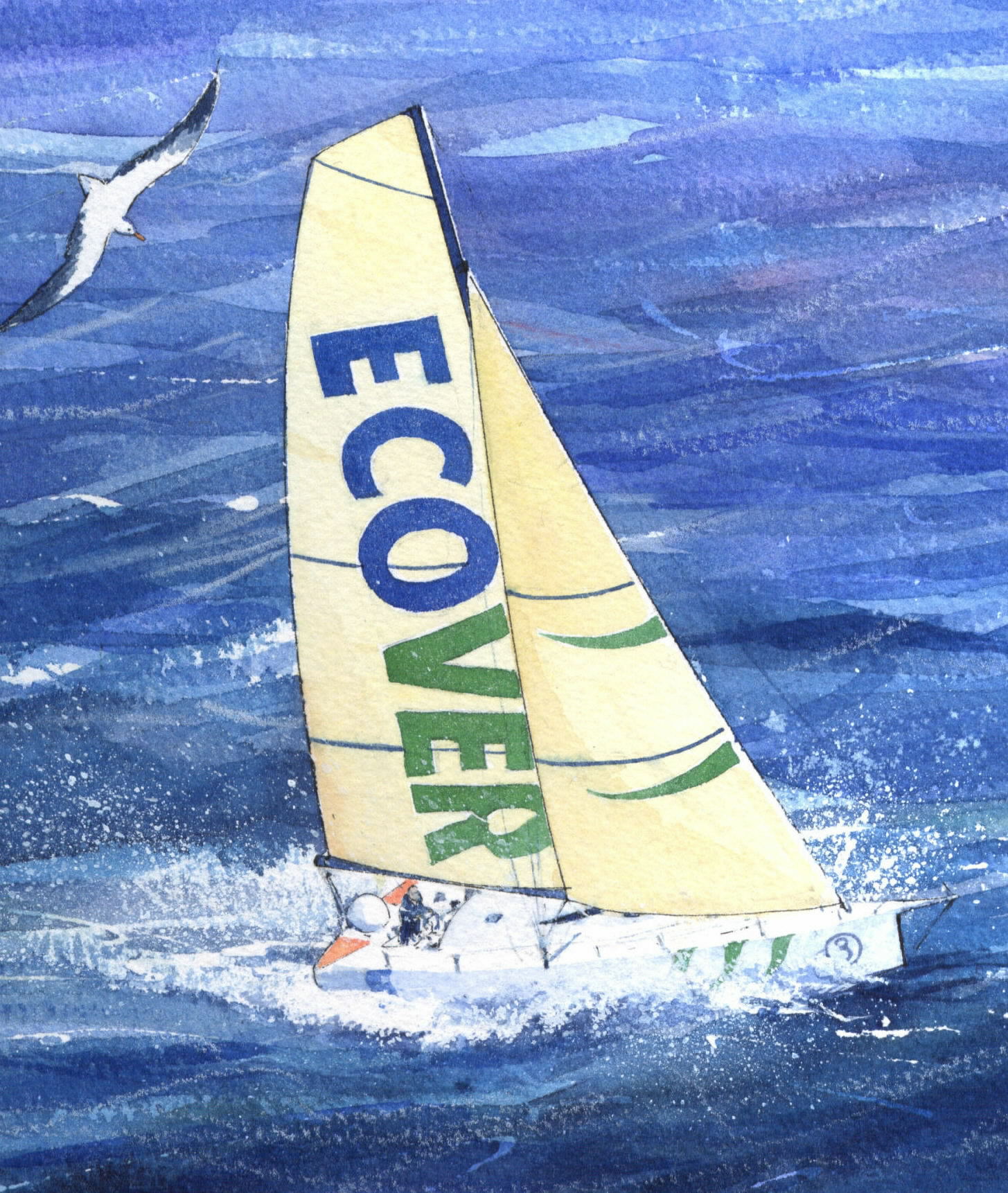 Back to my world of reading, drawing, researching, writing, singing and dreaming about the sea in all its forms.  Perhaps I should throw buckets of cold water over my head for more authenticity… or go sailing more often, perhaps.   I’ll work on it.