Artistic people have the knack of making ordinary things beautiful.  Last week I went to a concert in Goodwick, at a church overlooking the bay.  It was an overcast evening, grey light on a grey sea and the breakwater cutting across the centre of the bay.  There was half an hour before the concert started and Elizabeth Haines (www.elizabethhaines.co.uk) was sketching the view.  Through her eyes and hand, the dull expanse of bay came alive in a swirling pencil sketch of subtle tones.  Half an hour later and the same alchemy was happening through the voice of baritone Richard Parry (www.dramaticsongrecital.co.uk) as he acted and sang his way through the cleverly composed musical drama ‘An Act of Piracy’.  Wonderful – he could have sung a shopping list and it would have sounded good.  It’s always a challenge to try and sketch moving figures, especially when they’re singing and acting,  but it’s fun to try – after all, I need the practice!  With apologies to Richard who is much better looking in the flesh that he is in my sketchbook. 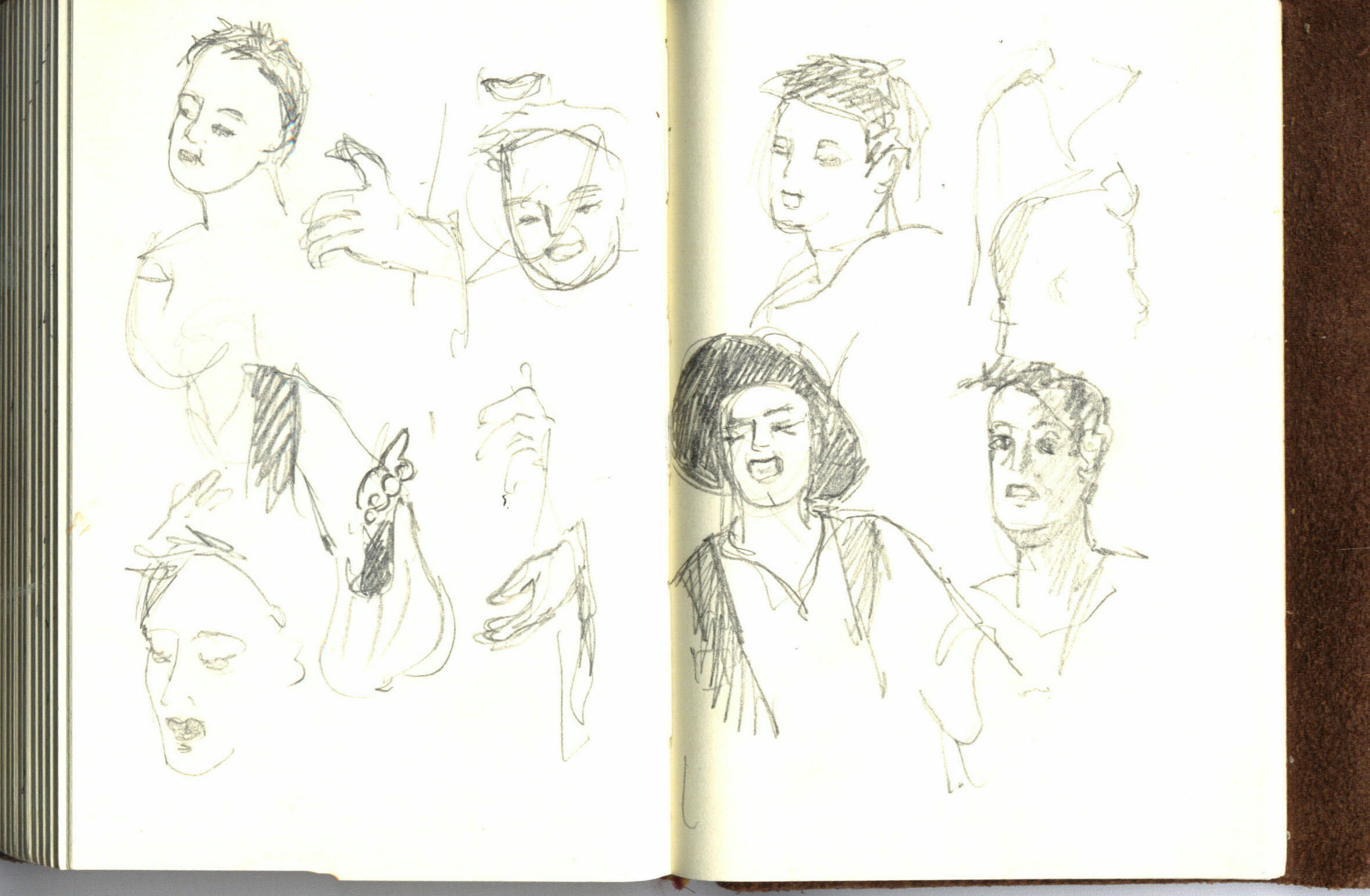 Meanwhile, back in the studio:

Some people have bad hair days.  Illustrators have bad pencil days.  Sometimes I forget how to draw, which is rather inconvenient.  I looked at yesterday’s drawings and two, possibly three of them needed doing again.  There’s no excuse; sometimes you just know that pencil, hand and eye haven’t quite made the connection.  When this happens I doggedly finish the drawing, ignoring the voice in my head telling me not to bother as it’s going to end up in the bin.  This was the version I tried to persuade myself would do: 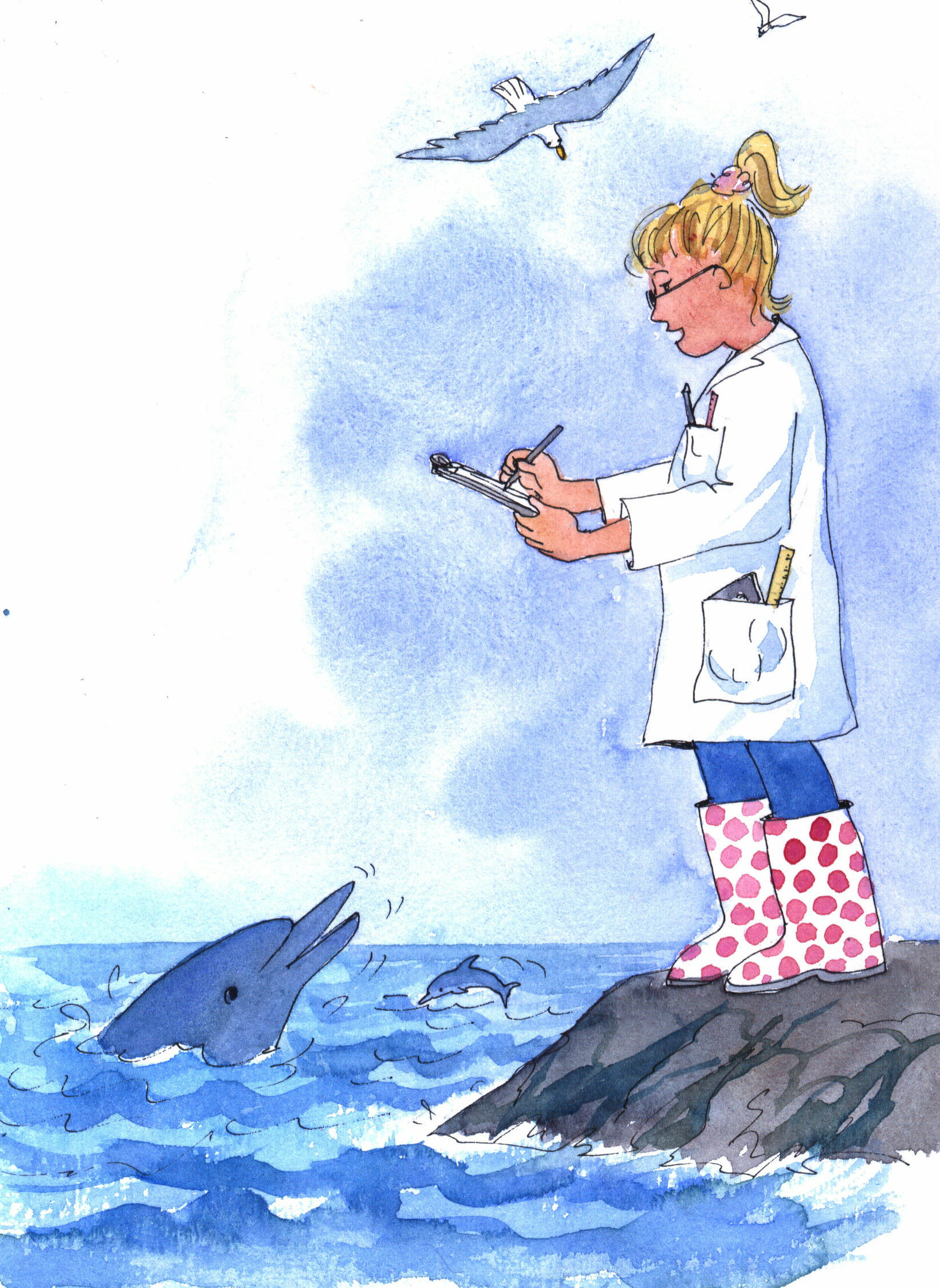 It won’t, of course.  You’ll have spotted that the arms are too long for a start and it just lacks a certain something.  In the bin it went, and I returned to the original reference sketch (drawn from a photo of James modelling for me, somewhat reluctantly).   Second attempt – that’s better.    In case you were wondering, the illustration is for a page about marine scientists conducting research.  Caption is: ‘Right, now the next question…..’ 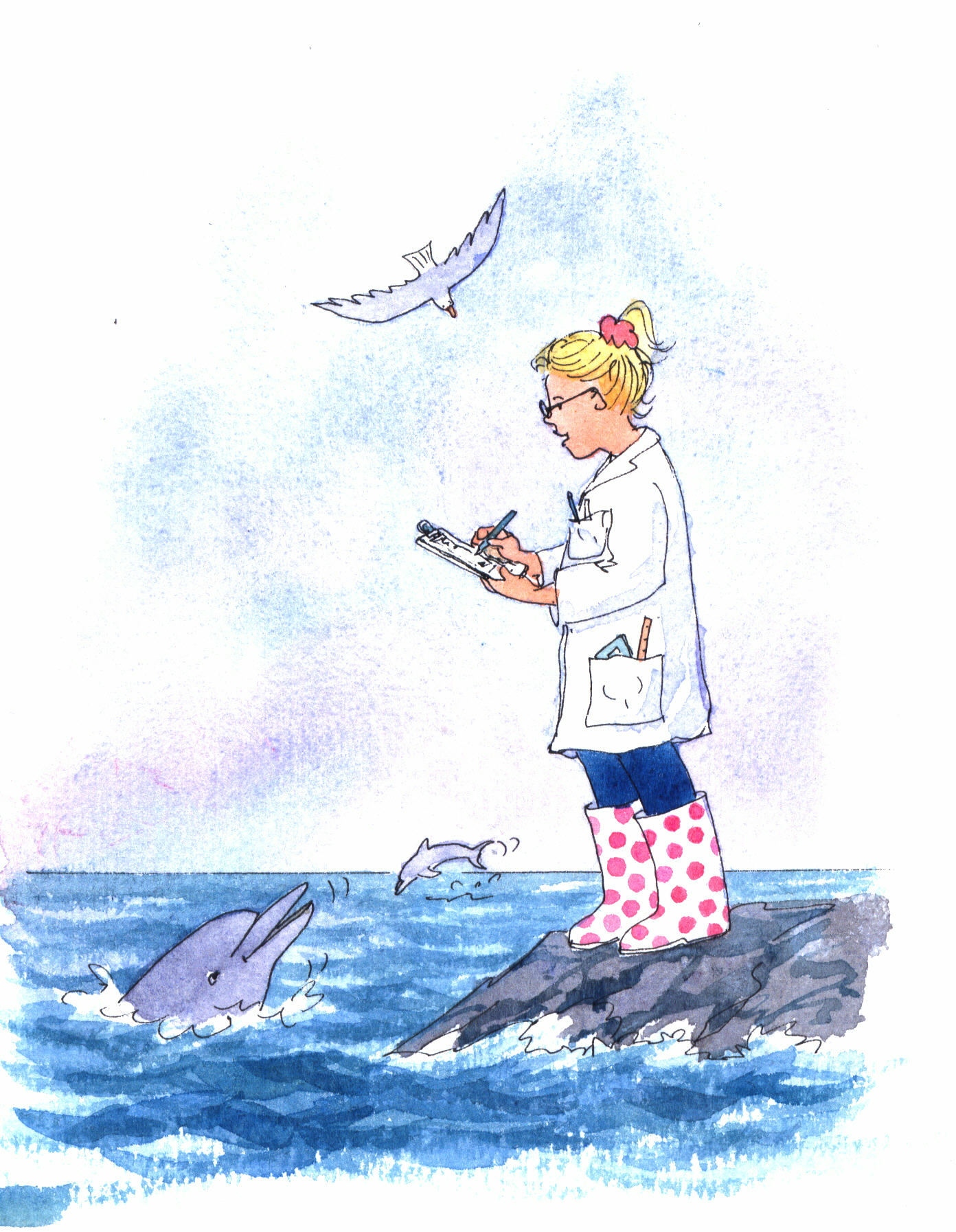 Ah well, life’s a journey.  On my headstone I want the words “Bother, I was just getting the hang of it!”

Confessions of an art cheat »