Sailing the north east coast of the UK has been a pleasant surprise, full of contrasts, from tiny Scottish fishing ports to Newcastle’s humming city centre. 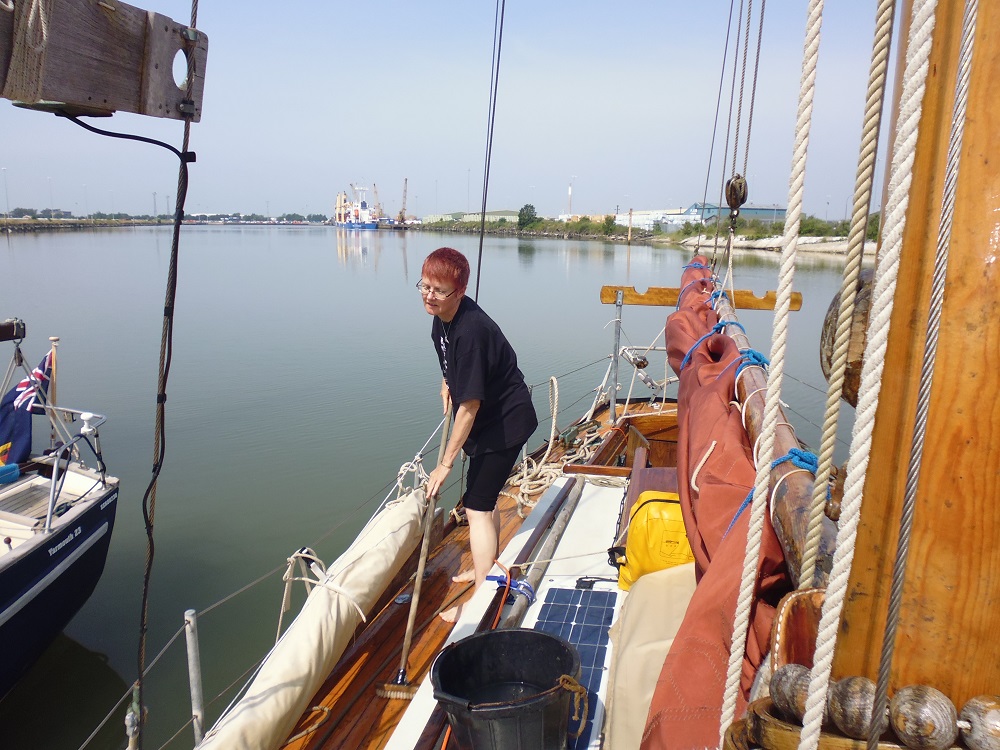 I’m now at the Grimsby and Royal Cleethorpes Yacht Club enjoying their hospitality and wifi, on the Inverness to Suffolk leg of my trip as crew of  Witch. There has been sketching (but not as much as there should have been), partying with other boats on the Round Britain Challenge (more than there should have been). There have been calm seas and rough, fair winds and foul, and an unwelcome encounter with a crab pot. There have been steel blue seas alive with gannets, puffins, guillemots, terns, seals and porpoises; and then the brown swirling tides of the Humber estuary, alive with car carriers, dredgers and tug boats.

Once I’ve sorted out my notes of the trip there will be more to say, but in the meantime hop over to http://seamagic.org/waiting-for-the-tide/ for a quick update, and for the bigger picture, as well as historical context, go to  http://www.sailing-by.org.uk/tags/around-britain. 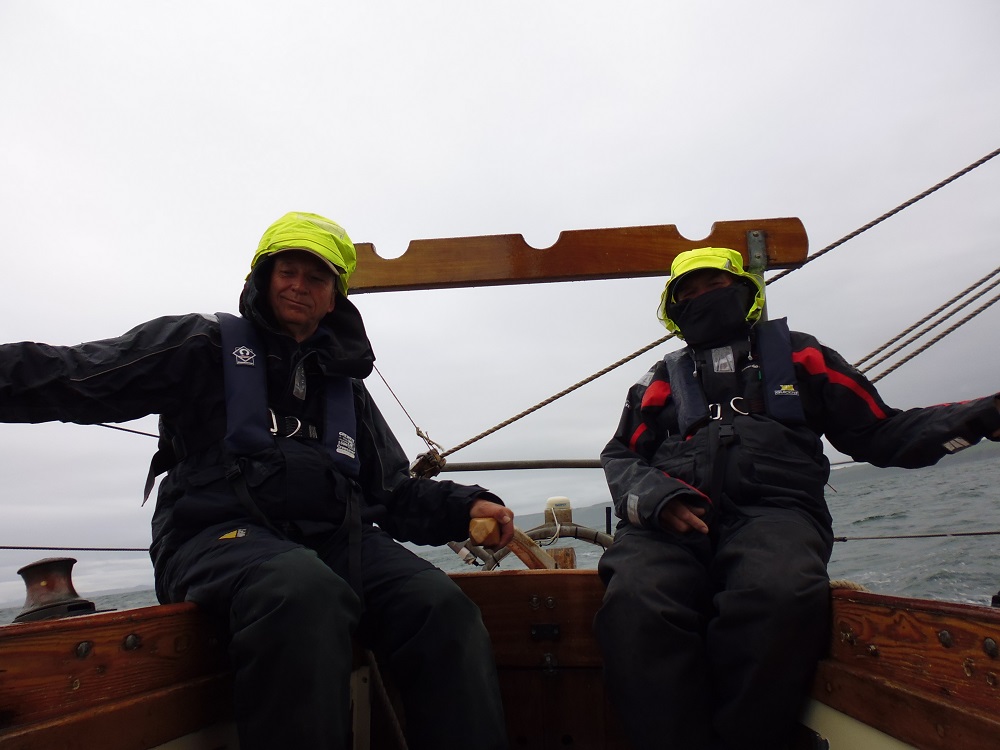 Skipper Alistair and mate Paul as we sail the Moray Firth. Yes, it really was that cold! 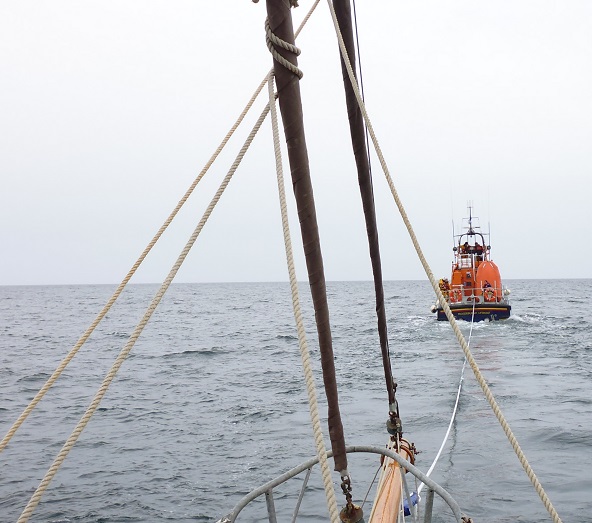 Taken in tow by Fraserburgh lifeboat after damage caused by crab pot line…. crew were delightful. I love a man in uniform, even if it is full oilskins and souwesters! 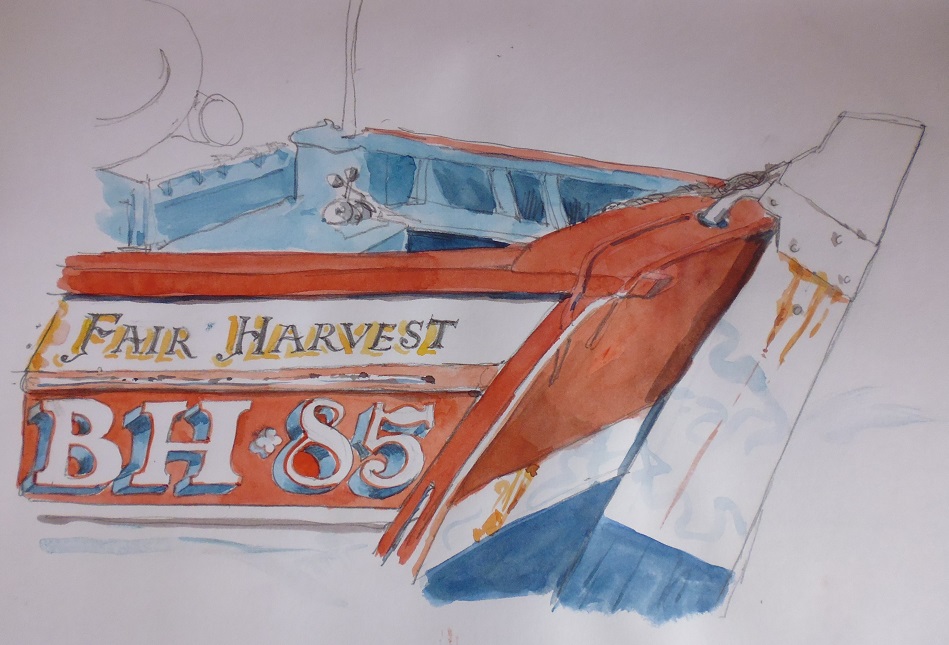 Traditional cobles, still used for fishing. I love the decorative lettering! This one was in Amble.

Not all sketching is done ashore – if it’s not too rough I can manage a bit of a scribble under way,  but Witch’s cockpit is very small, so the paint tends to go on later. There’s no chance of getting a pot of paint water to stay upright at sea anyway! There was a lumpy swell running inside the Farne Islands, so I memorised the colours and added them later. 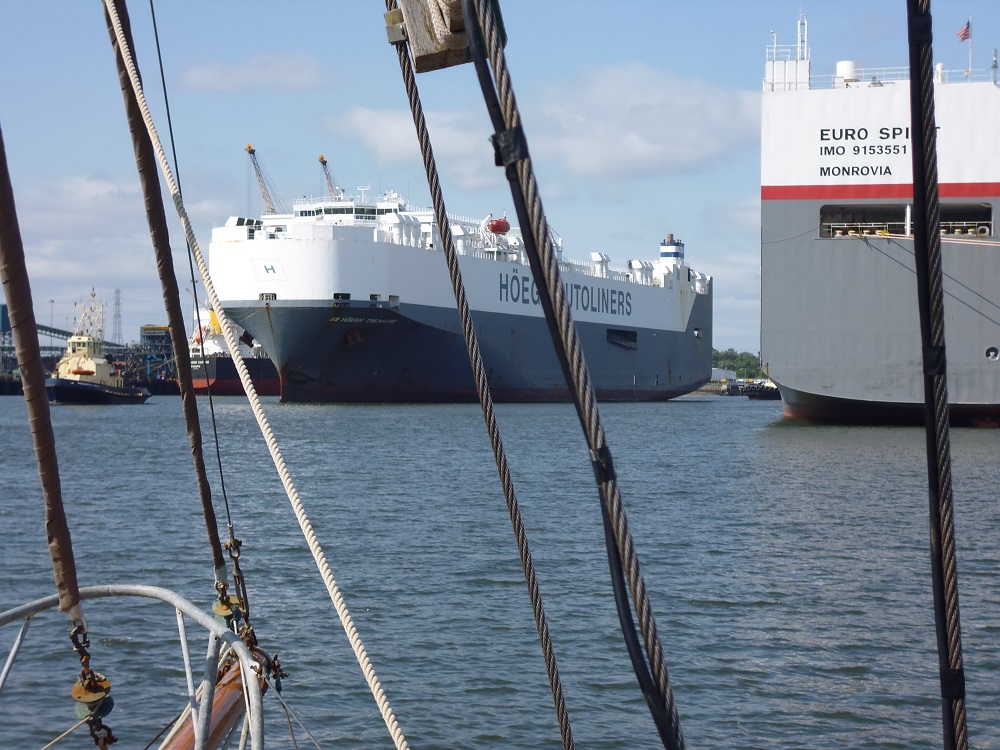 Dodging car carriers on the Tyne – all worth it for a fabulous welcome at Newcastle. 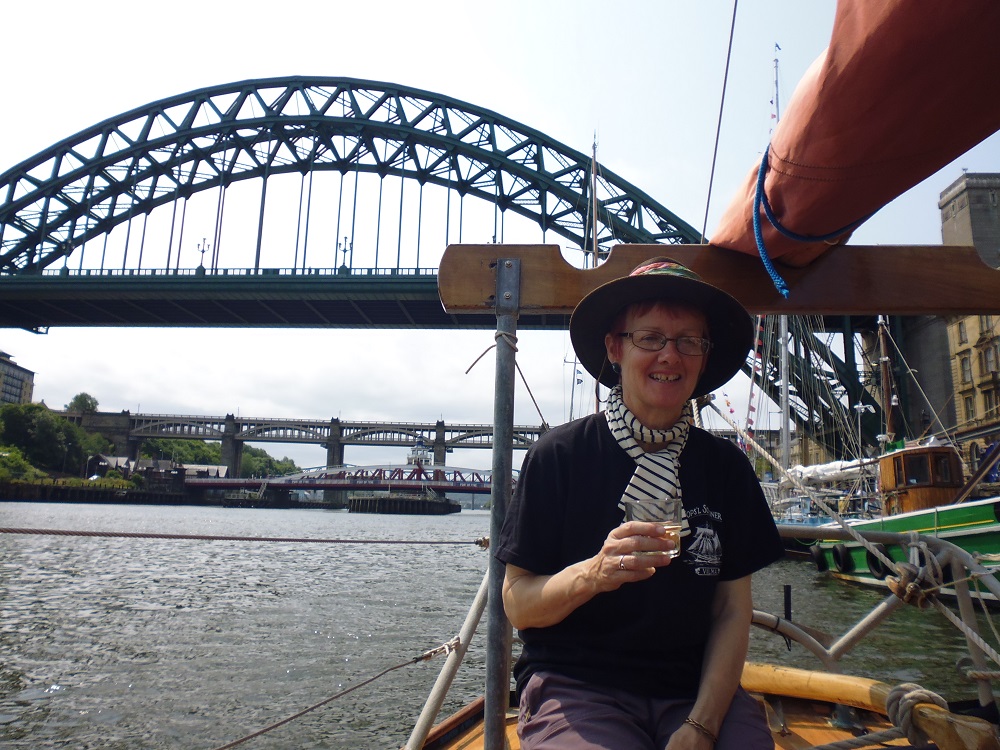 … and finally the sun came out. Just in time for  hot weekend in Newcastle. No sketching here – too much sightseeing and possibly a  teeny bit of a party or two. Or three…. 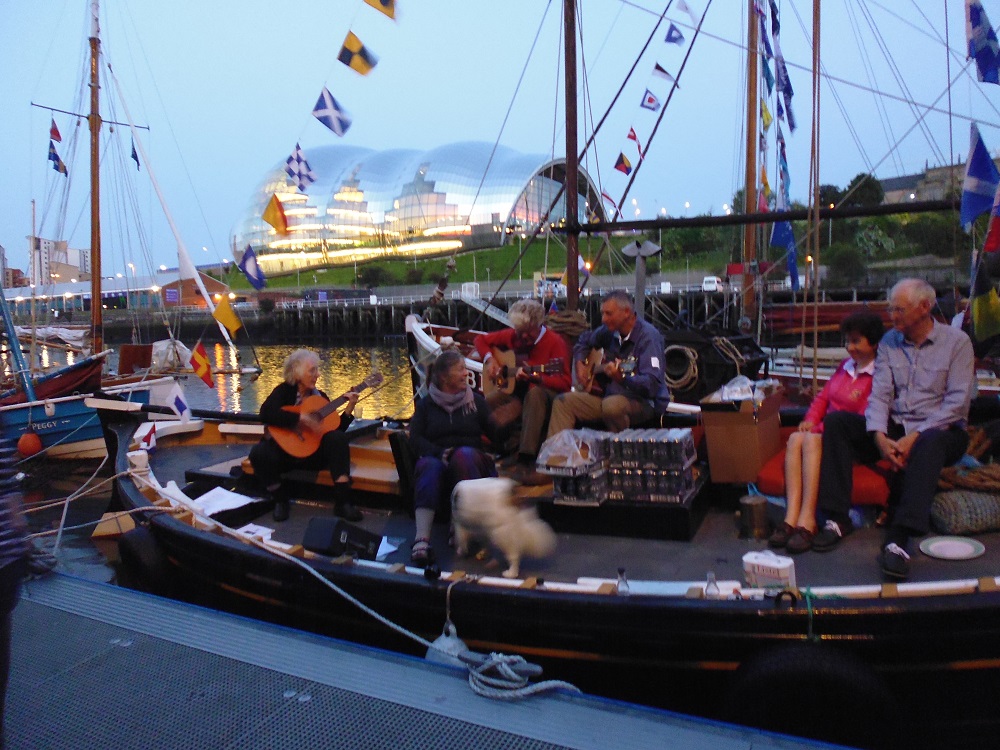 Pontoon party in Newcastle… the best sort! With the iconic Sage building in the background. Ooh, what a lot of beer! 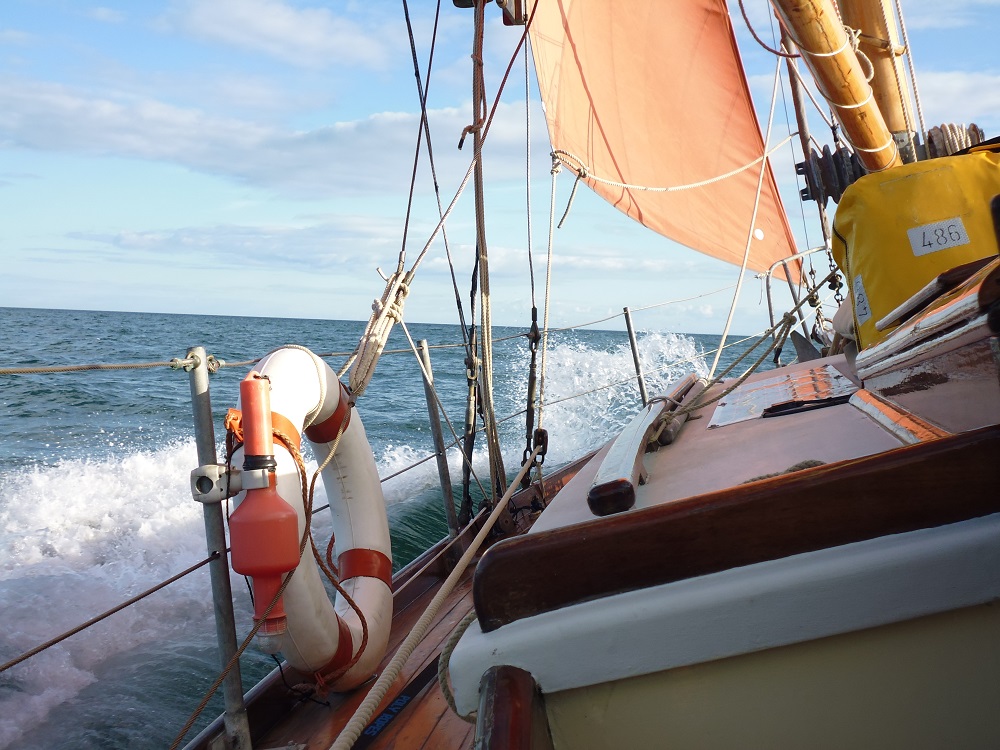 Oh the joy of a fair breeze! A rare moment of pure pleasure – a perfect wind, from a perfect direction…. 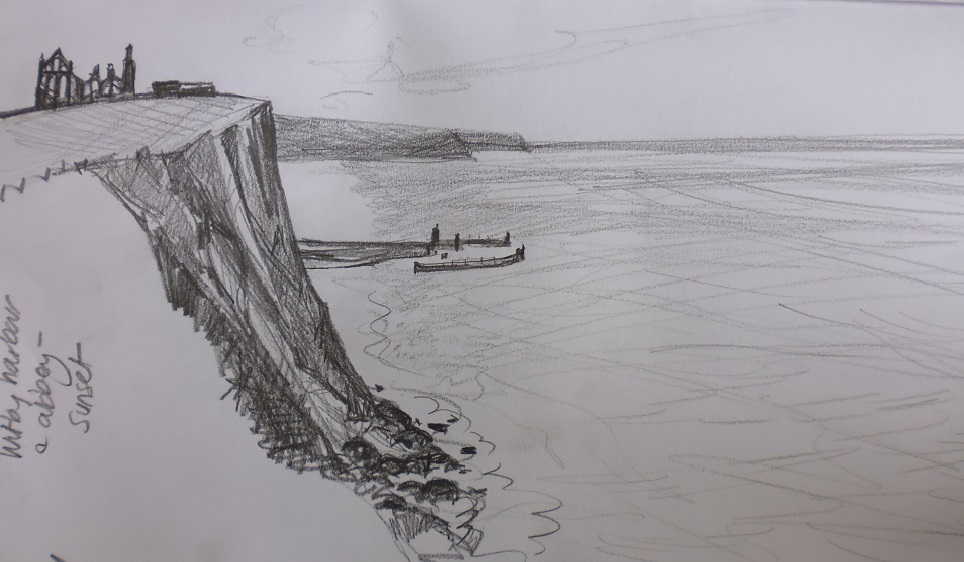 Sketching in Whitby, watching the sun go down from the clifftop behind the abbey.

1 thought on “Tropic of Grimsby”

« If in doubt, add water

The Lion, the Wrecks and a Coffee House »