The Lion, the Wrecks and a Coffee House

I’m back afloat again after a busy two weeks back in the studio clearing the decks and catching up with work – including the cover design for Julia Jones’ exciting new book ‘The Lion of Sole Bay’, out in October: 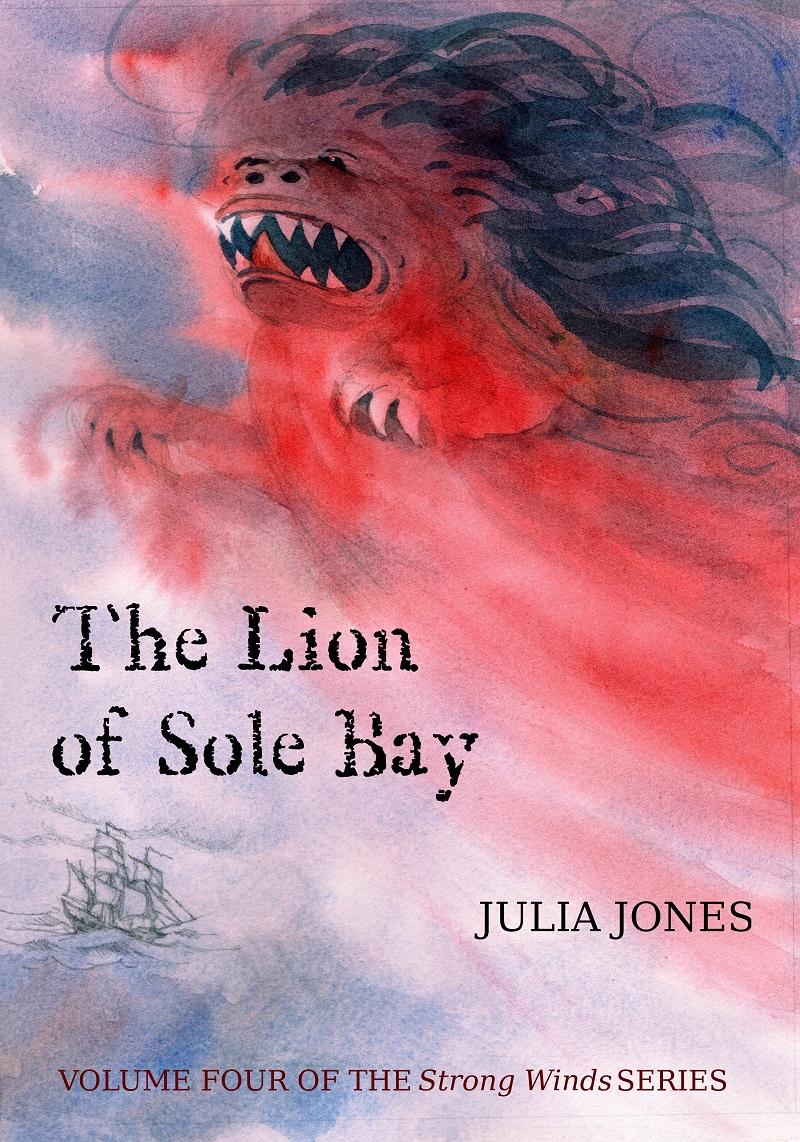 Then it was time to pack up my sketch book and rejoin Witch for the final leg of the Round Britain Challenge – Ipswich to Cowes. For Witch, who started the Round Britain from Maldon, this means crossing the Thames Estuary and rounding Foreland, Dungeness and Beachy Head for the second time this summer. It’s not an appealing stretch of coastline with its shifting sandbanks, strong tides and not many harbours, so you pick your weather. 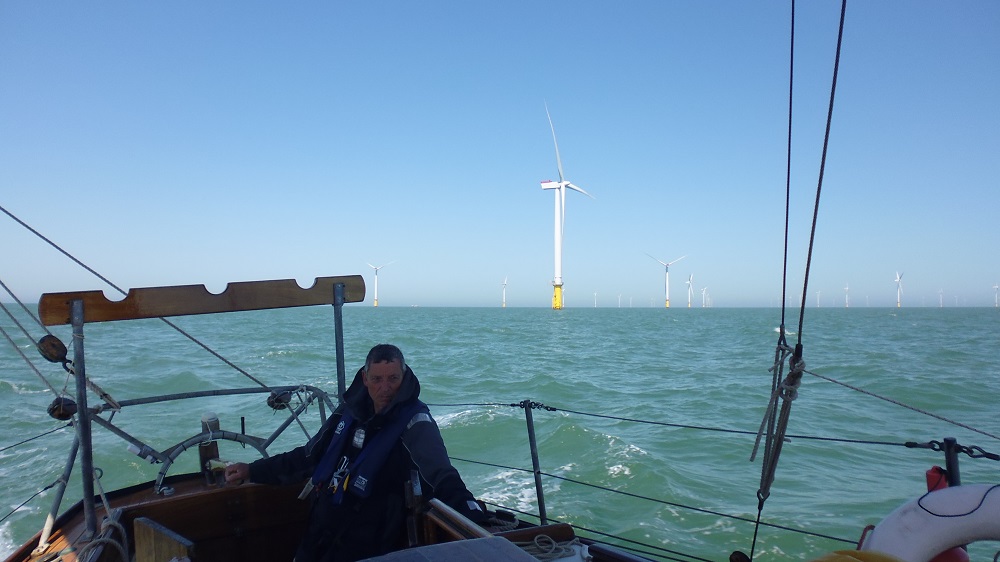 Threading through a wind farm

Windfarms now fill the Thames Estuary skyline. Normally you steer well clear, but this one straddled Foulgers Gat, a short cut through Long Sand that shaves several miles off the journey. Dodging windmills as well as keeping a nervous eye on the echo sounder certainly adds a shot of adrenalin to a tricky passage!

First stop was Ramsgate, where over the next few days we were joined by the rest of the fleet, filling the Maritime Heritage corner of the Royal Dock.

Witch and Capraia in Royal Dock

All harbours have an echo of a former greatness, and Ramsgate is no exception. The once busy ferry harbour stands empty, and a mixture of wind farm boats, small fishing boats and yachts fill the marina. As usual, the Maritime Museum, run by enthusiastic volunteers, holds the key to the the past, dusty cabinets full of artefacts retrieved from the ship swallowing Goodwin Sands. 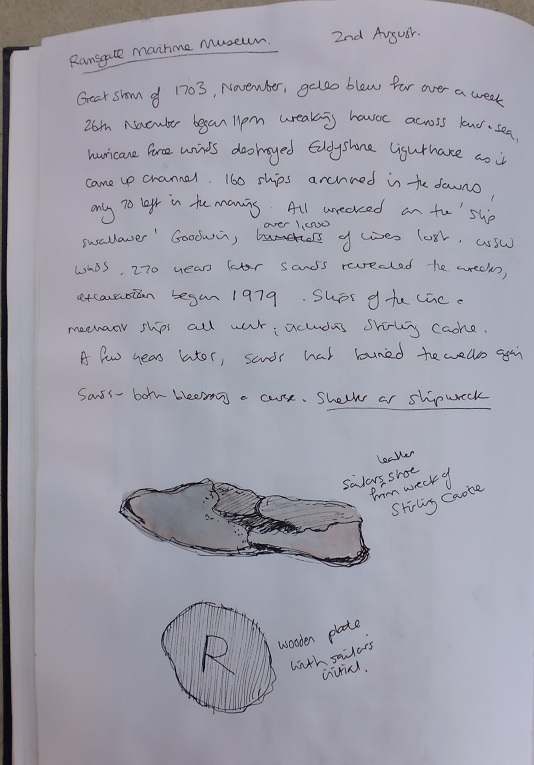 Notes from the maritime museum… .a shoe and a wooden plate

I think the saddest sight in the museum was a leather shoe from a sailor drowned in the great storm of 1807, when over a hundred ships anchored off the Downs were driven onto the sands with the loss of over 1000 lives. Years later, the shifting sands brought some of these wrecks within reach, astonishingly well preserved.

In the meantime, back in 21st Century Ramsgate, we’re aiming to leave at 3am to catch the tide around South Foreland and Dungeness. I’ve taken all afternoon to write this blog post, because I’m sitting in Gerry’s Coffee and Art House, tucked away in Albert Court, York Street, and I keep being introduced to everyone who comes into the cafe – it’s that sort of place. This unassuming cafe is the really heart of Ramsgate – whilst working on some sketches I was introduced to the mayor, a lady with pink hair engaged in a lively debate with Gerry, who kept thumping the table in enthusiasm, which made my paintbrush wobble. I have been introduced to various artists and photographer and have just been sidetracked chatting to a freelance journalist on the next table. The cakes are lovely, and if you don’t bring your own art materials they’re available on the counter! 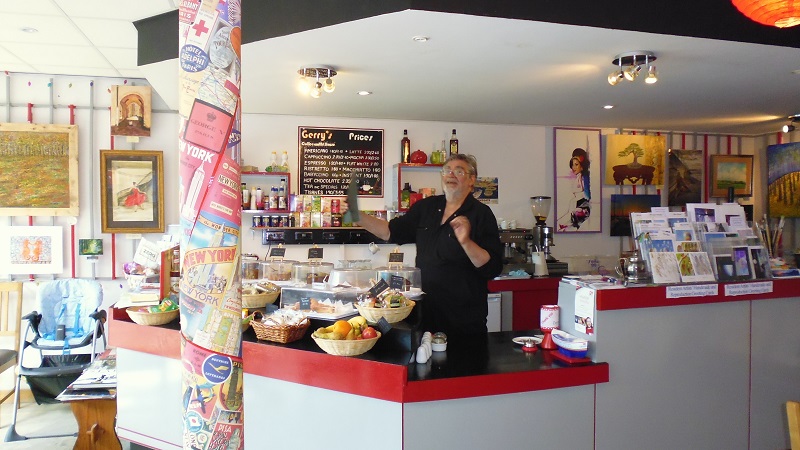 There’s something about sailing to a place that enables you to meet far more people than if you just drive there!

Next stop….. who knows. It depends how long the promised north east wind blows.