One of the best things about sailing in company with other boats – apart from the parties, of course –  is the opportunity to photograph and sketch them close up. Sketching from a small sailing boat can be frustrating, not just because you are rolling around too much to draw, or getting in the helmsman’s way, but because there’s not much to see…. apart from sea. 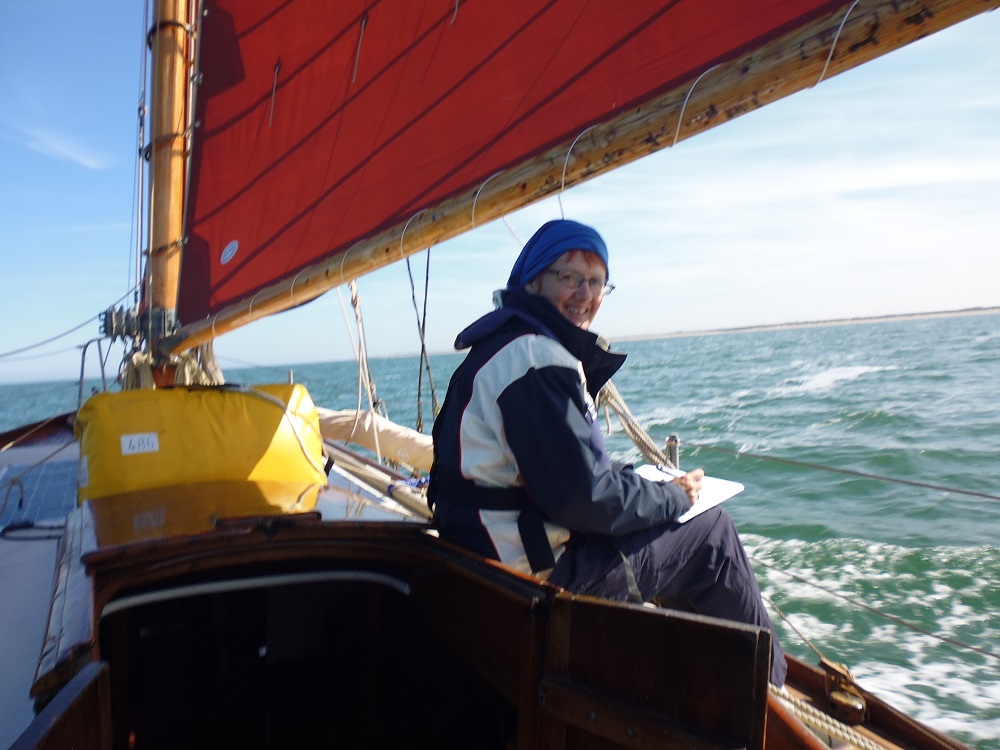 Shall I draw this wave? Or that one?

Taking part in a gathering of traditional boats gives you an opportunity to study close up the way boats move through the water. Quite often there’s only time to grab a few shots from a pocket camera – a skipper can take a dim view of his crew failing to perform shippy duties because she’s too busy with a pencil to trim sails. But even a few quick sketches can be so useful later; no matter how scrappy the results, as your powers of observation are much greater when you try and draw something. 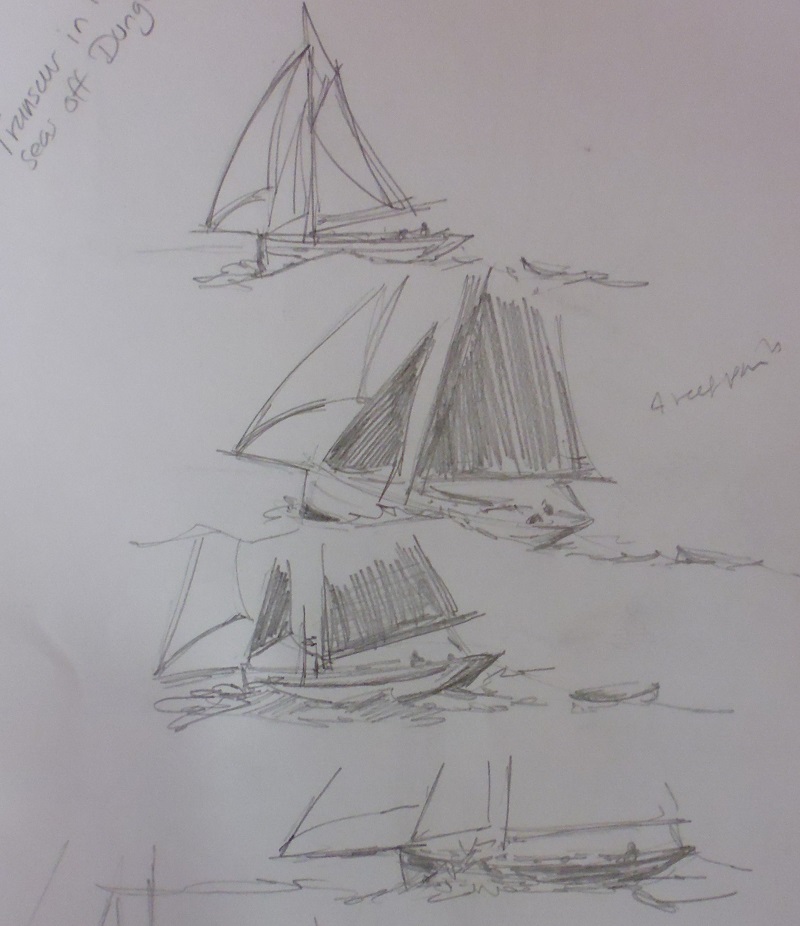 This is the smack Transcur sailing with us round Dungeness – my least favourite headland, with its squat power station and lumpy swell. But it gave me a rare chance to draw Transcur in a rough sea, swooping and diving with her tail in the air, bowsprit dipping, dinghy following along behind on the end of a long painter. 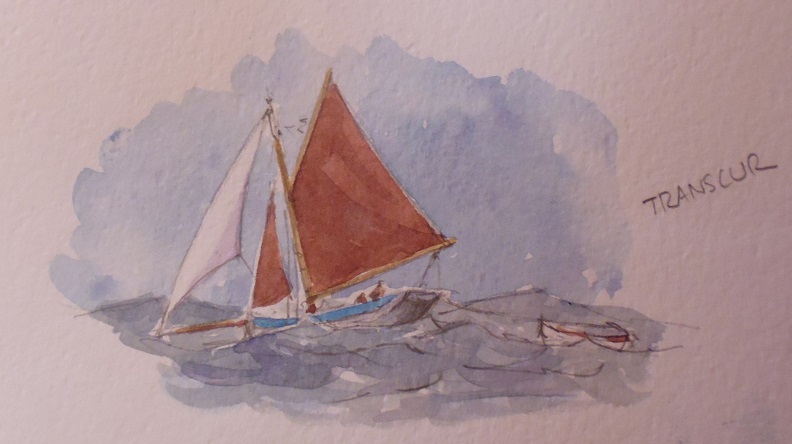 Later, sitting in a marina with nothing in particular to look at, there is plenty of information in my head as well as my sketchbook to fiddle around happily for hours whilst it’s fresh in the mind.

Witch and Transcur are now moored peacefully up the Medina River on the Isle of Wight ready to join the fleet of over 200 traditional boats gathering at Cowes at the weekend. That is going to be one big party – and one big sketching opportunity! Hope to see you there.

2 thoughts on “Sketching at sea – wobbly waves and sharp pencils”

« The Lion, the Wrecks and a Coffee House