The party’s over and I’m back ashore, writing lists. Even my lists have got lists…. admin, invoices, replying to emails, catching up in the studio/gallery, wondering where I’m going to live this winter . You know the kind of thing – all the life ‘stuff’ that you leave behind when you go gadding around and which pounces on you the minute you get back. I’m back to the drawing board too; at the top of the ‘urgent artwork’ list is Julia Jones’ new book which needs a back cover and plenty of line drawings so that it’s ready to launch in October. ‘The Lion of Sole Bay’ takes place in the modern day but also features the Battle of Sole Bay, a grim sea battle between Dutch and English in 1672 (illustrator’s perks – getting a sneak preview of a new book before it’s typeset!).

I decided to use traditional pen and ink for the illustrations which include a map of the Suffolk coastline from the 17th century. I was on the final stages of my sailing ship when I remembered the reasons why dip pens are tricky to use…… 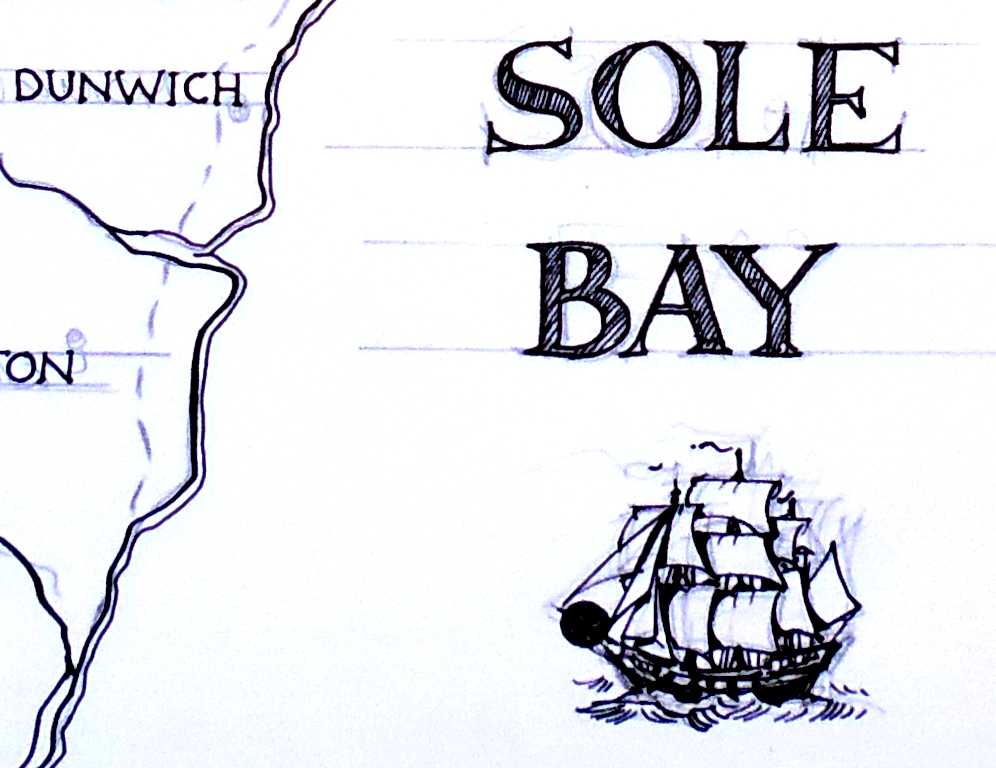 I’m the only illustrator I know who doesn’t know how to use photoshop. There, I’ve admitted it. I’m still using pritt stick and scissors to cut and paste. Luckily, preparing drawings for reproduction allows a multitude of sins where corrections are concerned. Thanks to some high tech image manipulation (otherwise known as tippex), the blot on the bowsprit was carefully removed. 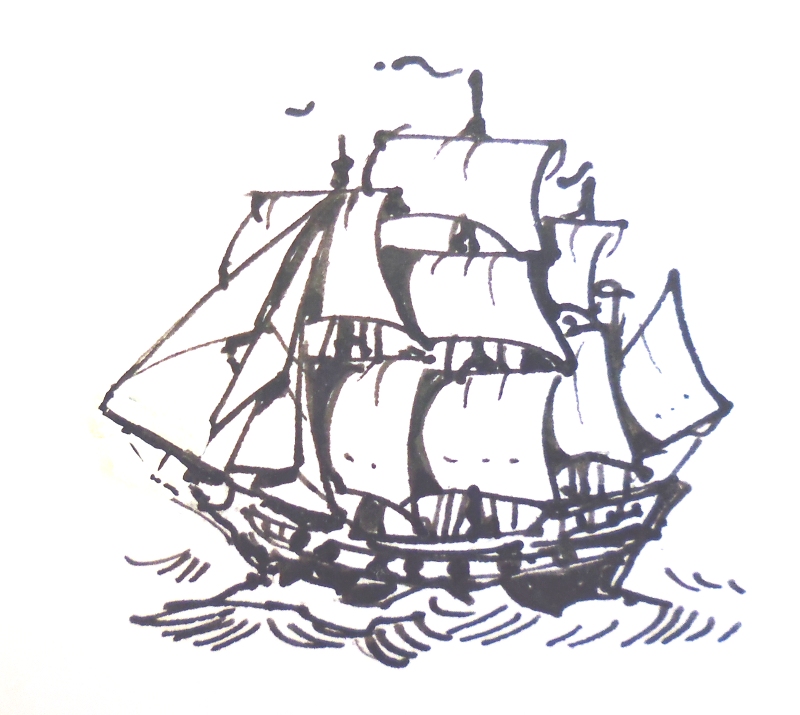 Here are a few bowsprits without ink blots, taken at Ipswich before the fleet sailed on to the final festival at Cowes. It was a good summer, and I’m lucky to have been able to enjoy so many adventures afloat for little more than the cost of staying at home. Tip for choosing a yacht to crew on – do as I did and make sure there is a fridge on board. Obviously it helps if the boat floats too… that’s certainly a consideration. There’s only one thing nicer than supping a glass of white wine at anchor and that’s supping a glass of perfectly chilled wine at anchor! 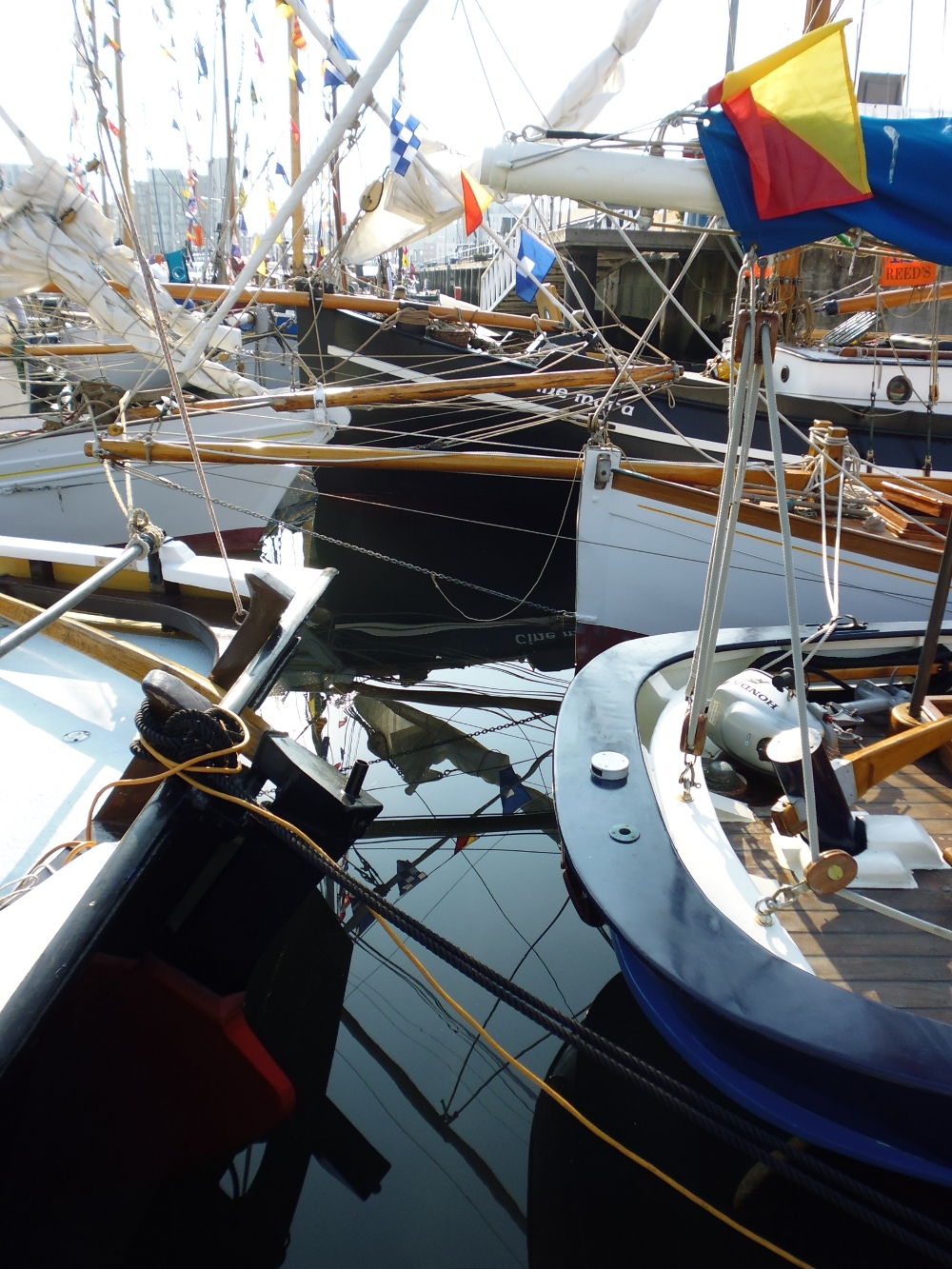 1 thought on “Ink blots and bowsprits”