I’m back in Suffolk, but I had to leave my home in Holland. Repairs to Else‘s gearbox are under way, but it is not going to be a fast fix – the gearbox has been craned out of the boat and sent away for a rebuild. 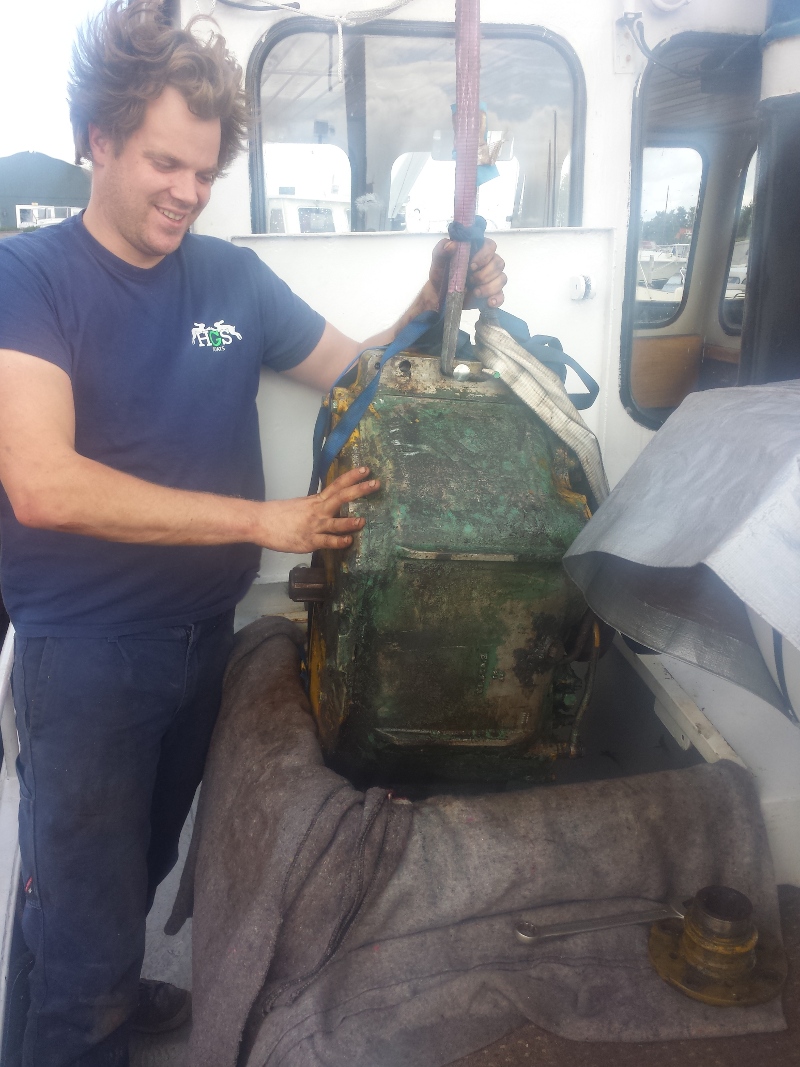 Before that could happen, we were towed from Haarlem to a boatyard in Nauerna, west of Amsterdam, on a blustery morning nearly three weeks ago. 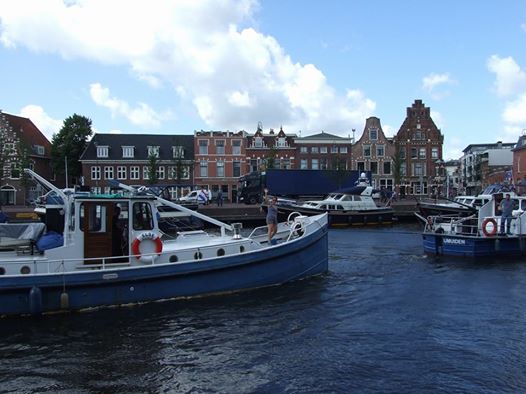 In the meantime I had arranged to stay on a friend’s boat back in Woodbridge while she was away sailing. Before leaving Else in the hands of Jacht Service Haarlem, I had to decide what to take with me. I had a bag on wheels and a rucksack, and was travelling by train and ferry. What were the priorities? A few clothes and a waterproof jacket (though hot weather turned to cold so I regret bringing summer tops rather long sleeved jumpers). Shampoo and toiletries, easy to buy back home. Passport, wallet, phone. At a basic level, this list would be similar for everyone, and with the bag on wheels and rucksack now full there was one hand free and space for the little extras that transform life from existing to living.

If you could only take from your home what you could carry in a few bags, what would you pack apart from the basics? These, I discovered in the last half hour of packing before a friend arrived to take me to the station, were my ‘essential non-essentials’:

– LAPTOP  Without it I feel I can’t run my life, keep in touch with everyone, and write stuff. (My ‘work in progress’ file contains a dozen or so half finished projects which ‘only’ need time and inspiration/hard graft to bring to fruition). I’d rather do without a phone than a laptop… though must confess that my elderly HTC is not so much a smart phone as a slightly stupid phone which forgets how to connect to the internet and shares my dislike of making phone calls.

– KINDLE   A good book is always a solace in stressful times. (I thoroughly enjoyed ‘Gone Girl’ by Gillian Flynn but will always associate it with broken gearboxes)

– SKETCHBOOK  I do have spares in the studio, but like to carry sketchbooks and notebooks of all sizes, though I must confess that as stress levels rise, the desire to draw fizzles out. During my enforced week in Haarlem I didn’t even pick up a pencil.

– AUTOHARP  There was no way I would ever leave myself for more than a few days without being able to play music. It’s my connection to something permanent and sustaining, like plugging into the mains when your battery runs low. I left two other ‘harps behind on Else and brought only my small ‘sparrow’ autoharp made by American luthier Pete D’Aigle. It’s well travelled, has been on as many boats as I have over the last three years, and gives a good account of itself, especially when plugged into an amp! 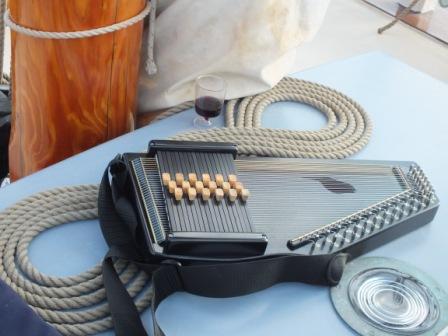 What would your ‘essential non-essentials’ be, if you could only take what you could carry?

I’m in the studio as many hours as I can since I’ve been back – planning ahead, catching up behind, getting on with everything all at once. Back to teaching, back to painting, my drawing board is once again full of half-finished bits and pieces.

There will be things going on in the studio this winter – exhibitions, watercolour classes… everything except a storm surge flood this time! I’ll post dates as they emerge and in the meantime I’ll draw, paint, plan, teach, play music, drink wine… and wait.

The Water is Wide »