The Water is Wide

We’re finally home. Eight weeks after leaving Else in Nauerna I was heading back to Holland on the night ferry. The repairs were finished, the weather fair and I had an experienced and willing crew in Dutchman Fred Schotman who had offered to help me home. Steffan van Hattum at Jacht Service Haarlem did a fantastic job; his main business is fitting out the interiors of Dutch barges, but he has a team of specialists to call on who understand the problems of old steel boats – and old engines! They did everything they needed to do, and more, and kept me informed all the way along. Else now has a reconditioned gearbox, new waterpump and properly aligned prop shaft, so she was leaving Holland in better shape than she arrived. Of course, I was a bag of nerves when we set off, my inner wimp daunted by the 120 miles of open water ahead. ‘What if?’, it kept saying, ‘What if something else goes wrong with the engine? What if we’re in the shipping lanes when that happens? What if…..’ 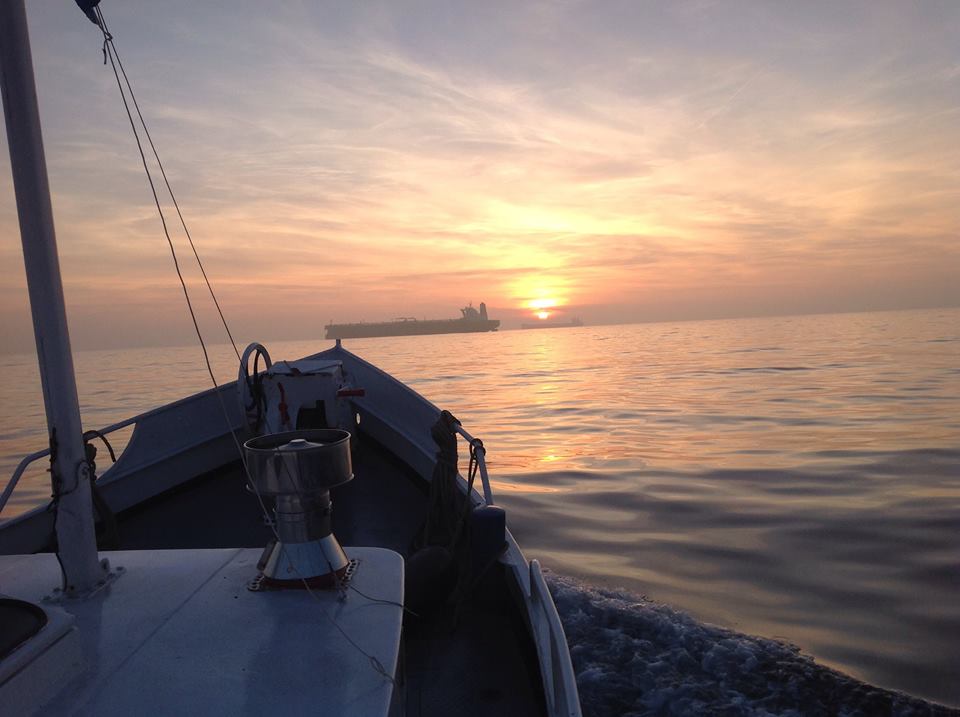 Ah, sometimes in life you just have to Get On With It. So we did, and it was fine. At some point in the middle of the long night passage, perched on my stool in the wheelhouse with all senses buzzing, calculating the courses of the commercial shipping all around, steering into the darkness at 7 knots whilst my crew slept below, I began to believe that we would actually make it. It was going to be alright, and I gave myself permission – just a little – to begin to enjoy the journey. I had a clear night, a calm sea, an experienced crew and a ship that, in spite of my fears, was heading happily for Suffolk in a manner that suggested she had every intention of getting there.

At 9.30 Sunday morning, twenty hours after leaving Ijmuiden, we arrived in Harwich. We had breakfast and a look at the tide tables and decided to carry on round to the Deben and home to Woodbridge, which still left Fred plenty of time to get back to Harwich to catch the ferry home. 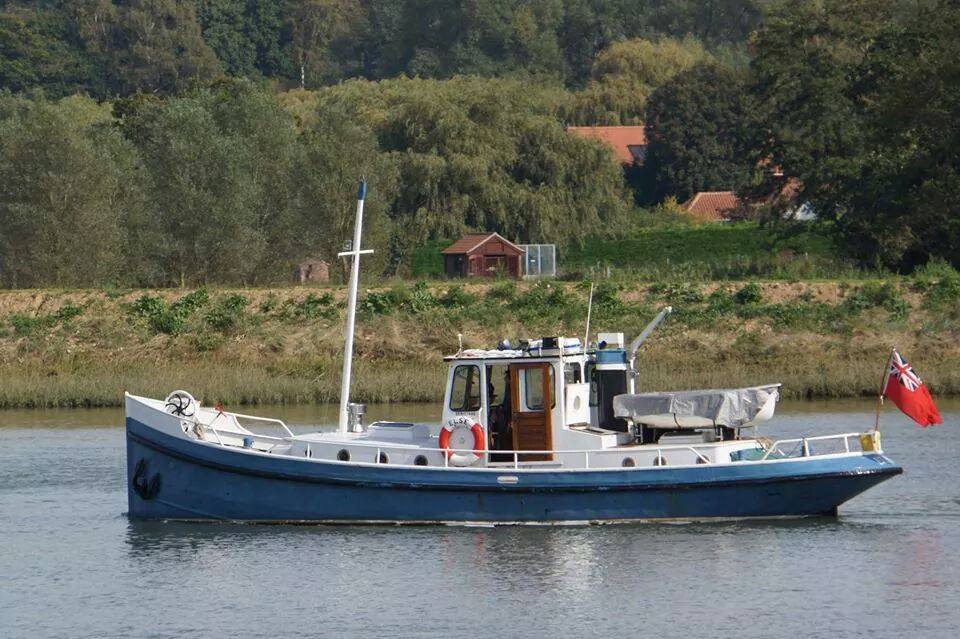 It was good to be back on my own river, and after so long away my patch of muddy creek looks particular lovely from the wheelhouse window. 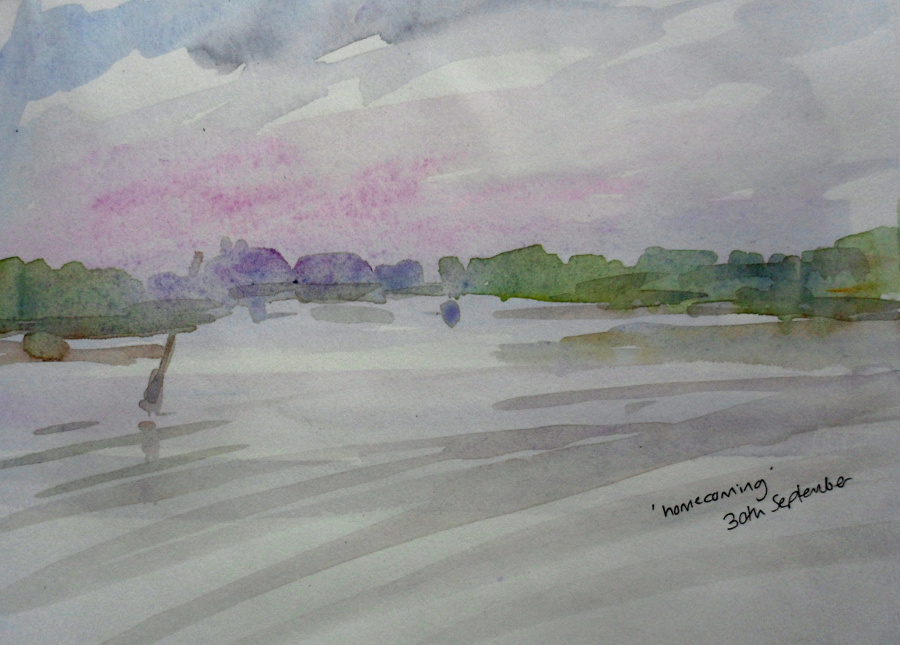 No more mad adventures. I’m focussed on work; there’s nothing like a large gearbox bill to focus the creative mind! The 2015 year planners arrived during the week and on sale online, so next year can now officially go ahead: 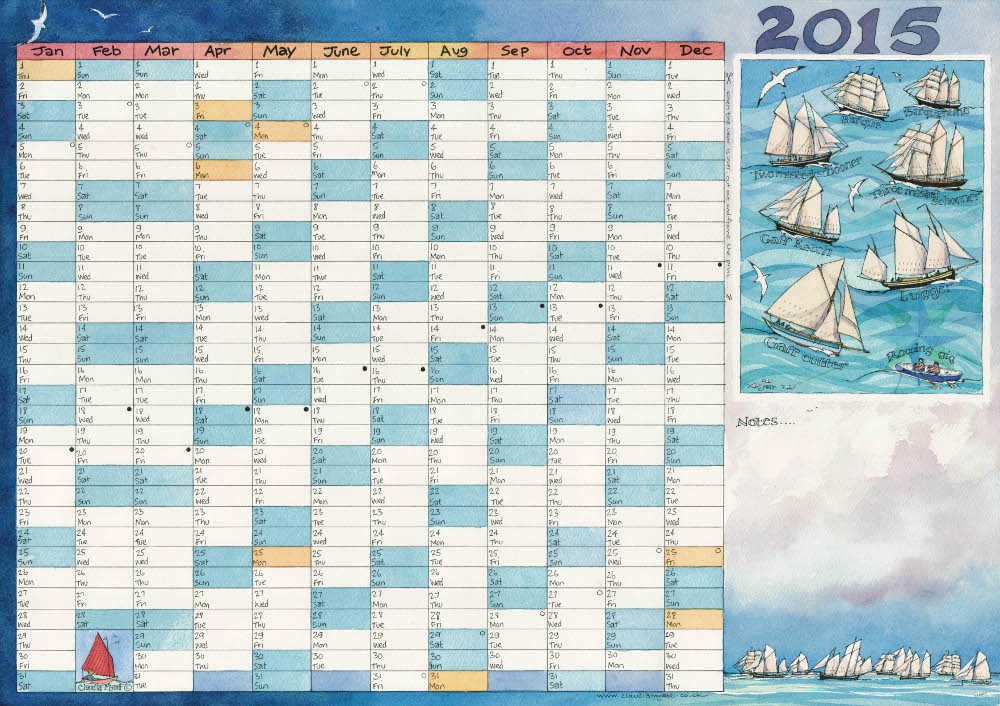 This weekend I am at Seapictures Gallery in Clare, Suffolk, running small group drawing workshops as part of the annual Big Draw festival (thebigdraw.org). There are events going on throughout October but of course drawing is good for you all year round. 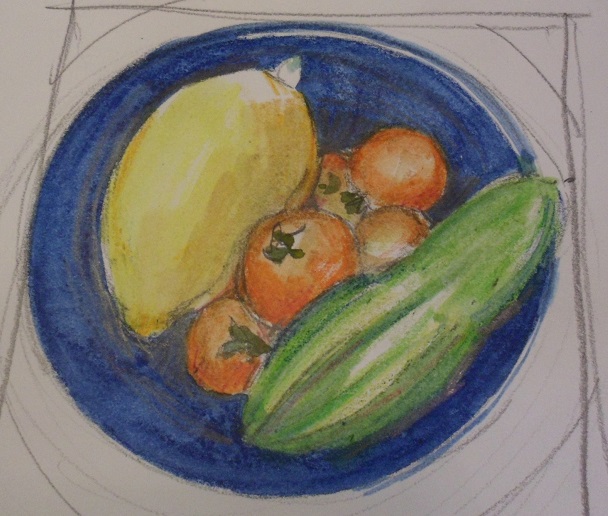 Did I really say no more mad adventures? Well, not for the time being at least……

1 thought on “The Water is Wide”