Diary of a roving art tutor (1)

Week One: Barbados to Mexico

The cut is deep and narrow

But it lets a big ship through

So thank you to the men

Who sliced a continent in two 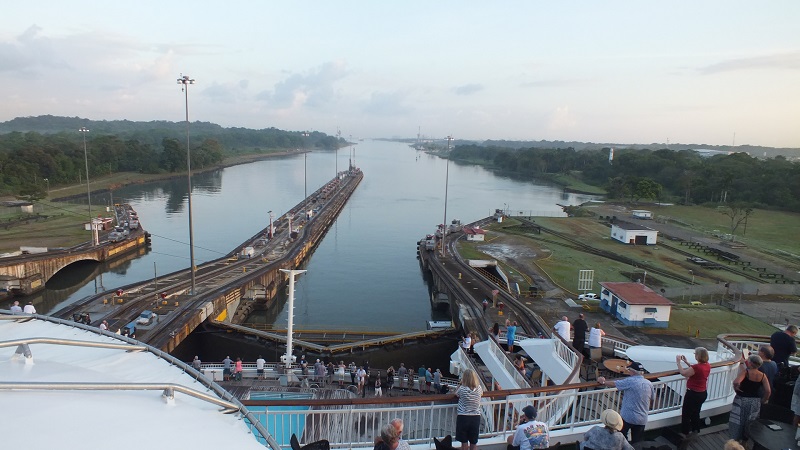 First of the Gatun locks on the Atlantic side

The Panama Canal has always been a source of fascination for me – the audacity of it! That tantalising narrow strip of land that divided the Pacific from the Atlantic was enough to divert a ship 12,000 miles around Cape Horn to get from one ocean to the other. Cape Horn was – still is – the Everest of sailing, the place where winds blow unhindered around the globe and heap the sea into ship-eating waves as the Southern Ocean squeezes through the gap between South America and Antarctica. 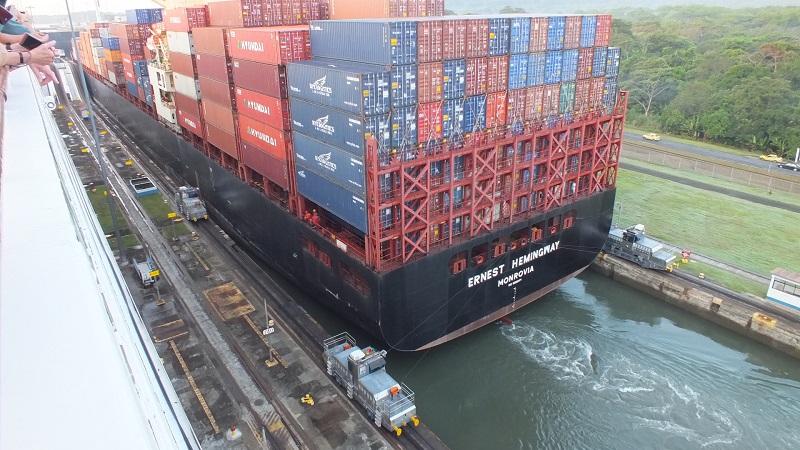 Container ship in the lock next door – a tight fit

The canal that made it possible for me to have breakfast in the Atlantic and supper in the Pacific was opened in 1914, after 33 years and a cost of over 25,000 lives. As ‘Aurora’ approached the first lock at dawn on 16th January, I had to pinch myself – this was me, really here, going through the Panama Canal. The locks that lift ships 85′ up to the canal and then lower them down on the other side have determined ship sizes for the last century – the Panamax, that fits so snugly between the old stone walls that there is less than 2′ clearance. At one stage we were able to reach out and touch them. 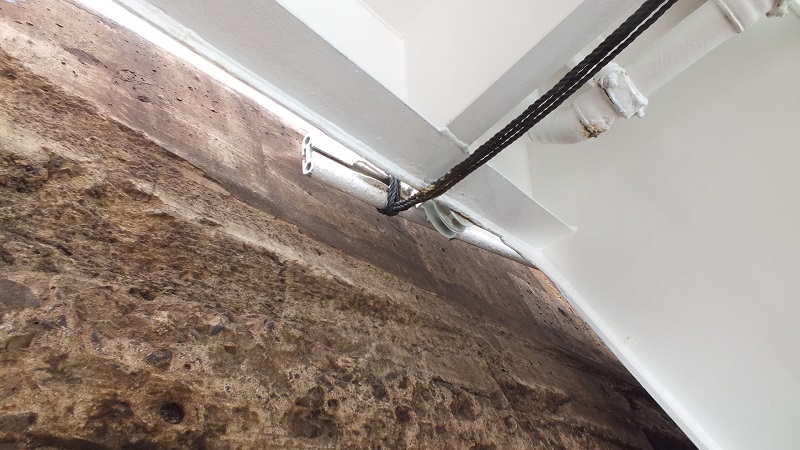 Touching the sides as we go down in the Miraflores locks 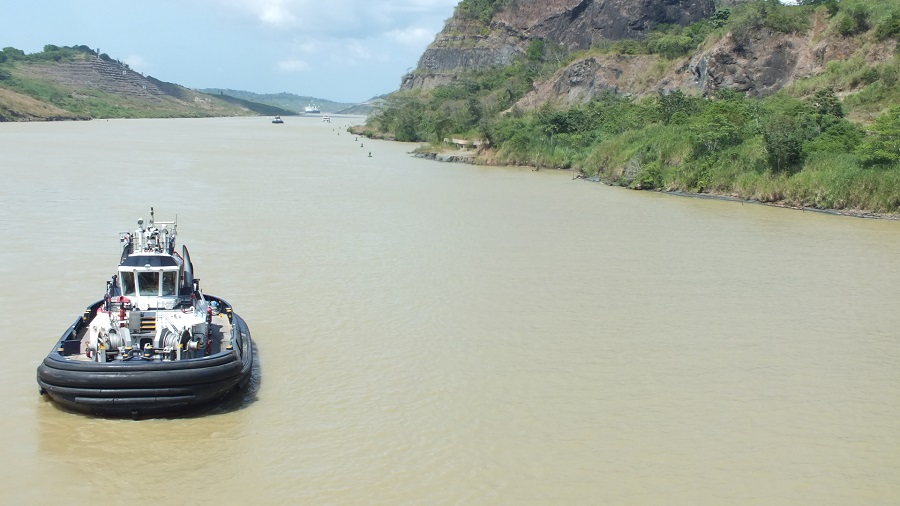 Sailing through a mountain….

So now I’m in the Pacific Ocean. We’re gently rolling across a calm sea, though last night we caught the tail end of the strong winds that have stopped us calling at Huatulco in Mexico. Our cabin is down in the bow, in the crew quarters, so the slamming and jarring of the waves in winds of up to 70 knots caused the first sleepless night I’ve had since we started a week ago. Is it only a week? 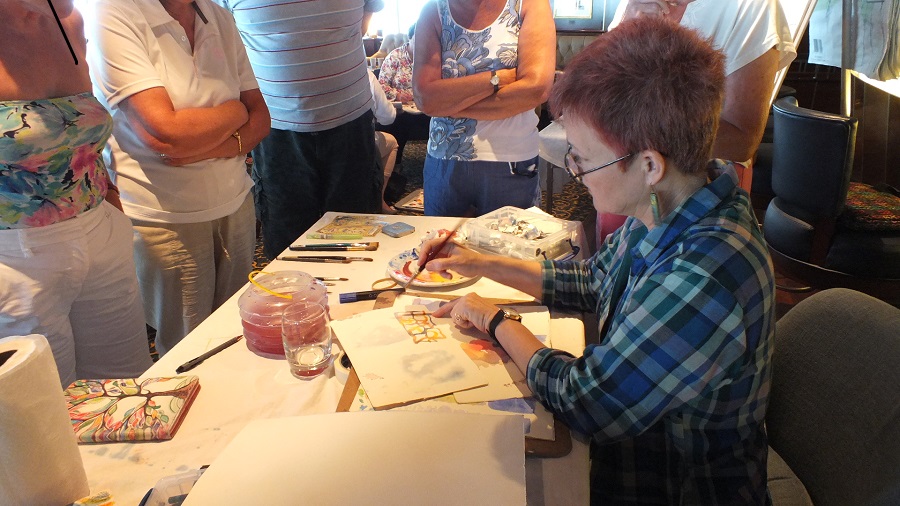 I split the class into small groups for demo…

You’ll be pleased to know I’m working hard. Theoretically, I’m doing two one-hour watercolour classes a day. In practice, I get up to the Crow’s Nest bar where my classes take place at around 9.15 to set up and write my notes for the class onto the flipchart. There are over 40 people in the morning class, their watercolour pads propped on the little cocktail tables around the room, so I have to be well organised. The students arrive early, keen to get the best places. 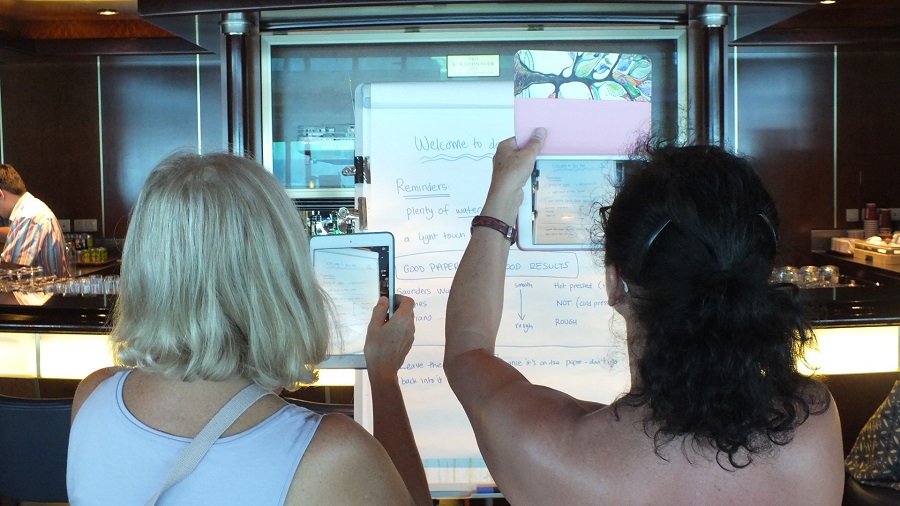 I put all the notes and examples up on the flipchart for students to photograph – saves on handouts! 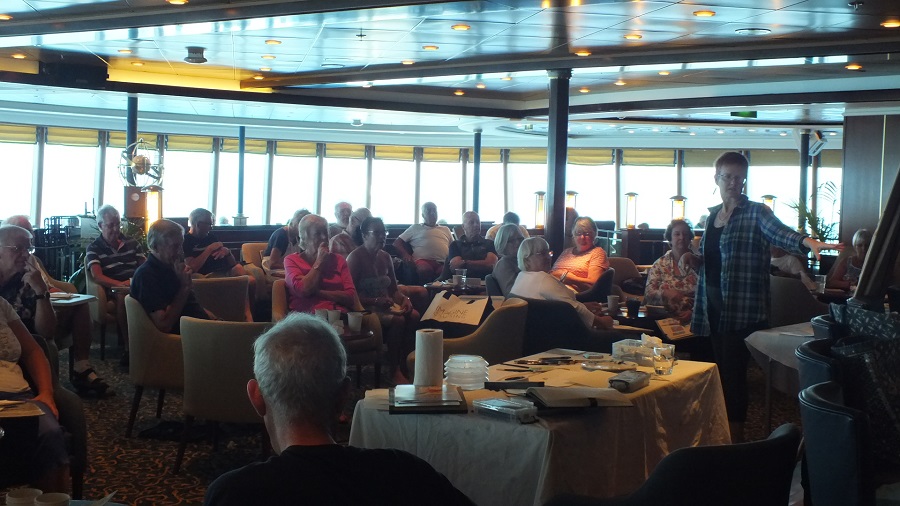 Challenging teaching – over 40 students in a cocktail bar!

The class officially runs from 10.30 to 11.30; by 11.45 I’m just about done and settle down to work on my watercolour book – I promised I’d work on it while I’m away, and I am! A quick lunch in the buffet then back to my desk. The bar is quiet during the day so I’m left in peace. The afternoon class is a repeat of the first, with about 25 people. 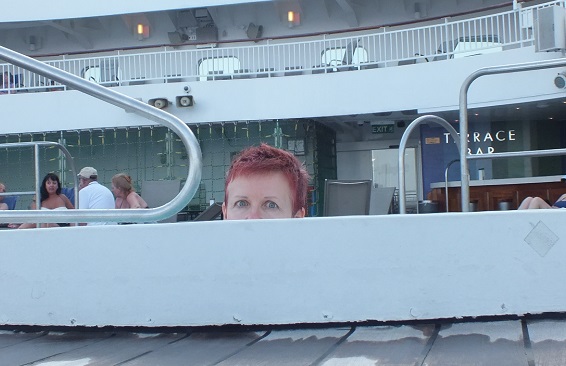 By 4.45 I’m finished for the day, and clear all my stuff away. Time for a dip in the pool and that heavenly jacuzzi. By 6pm I’m on the Terrace bar ready for my first drink of the day whilst catching up on notes and preparing the lesson for the next day as the warm wind blows over the deck and the sun dips to the horizon. 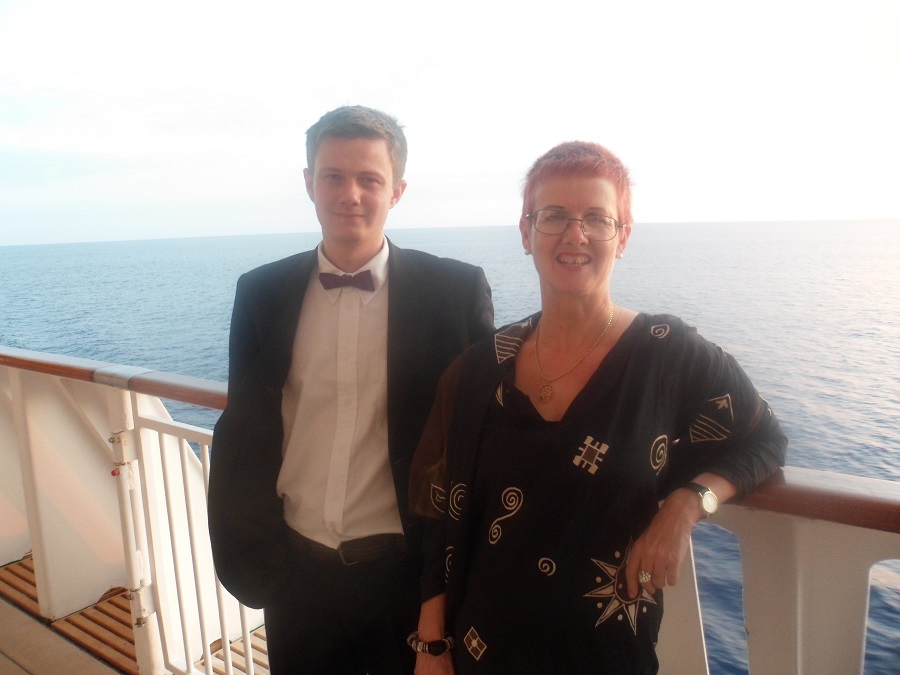 « Sketching my way to Sydney

Rolling down to Old Maui »