Rolling down to Old Maui

It’s not a damn tough life on board P&O Aurora, luckily, though we have spent the last four days rolling down to old Maui, one of the Hawaiian islands which was a major whaling port in its time, a paradise to the men who spent months on board whaling ships in cold northern waters. Whaling is still big business in Hawaii – but modern whaleboats take hunters armed with cameras out to where humpbacked roll around in the bay. The tender taking us ashore had to stop suddenly to avoid bumping into one. 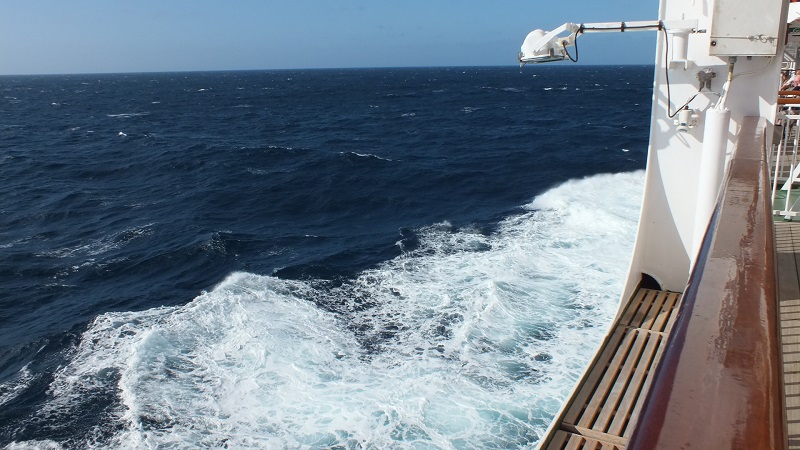 From Cabo San Lucas in Mexico it was a two day passage to San Francisco, our first American port. Entering America involves a great deal of form filling. Everyone on the ship (over 2,000 people) then has to have a face to face interview with an immigration officer before being allowed ashore. We filled in the forms promising that we weren’t terrorists, criminals, drug dealers or other miscreants, but we also had to confirm that we had not been involved in activities of ‘moral turpitude’. I don’t think I know what moral turpitude is…. sounds like a rather unfortunate disease perhaps? If anyone has any ideas, do enlighten me (or perhaps not….)

So, after clearing immigration, we were allowed ashore in San Francisco. Now I have a confession – I’m not very good at cities. I find vast areas of concrete and the high density of humanity intimidating and slightly depressing. I walked into the city centre trying to admire the straight steep roads and cable cars, but the streets were full of beggars, homeless, crippled and desperate, shambling round the pavements and slumped in the doorways of sleek glass tower blocks with ‘hungry’ crayoned on a piece of cardboard in front of them, ignored by the unhungry masses passing by, eyes glued to their phones. Son James got mugged when he went out for an evening stroll, so his second day ashore was spent going to see the consulate and getting an emergency passport issued.

I gave up on the concrete jungle and turned seawards for refuge, as I always do. The historic ships at Hyde Pier were worth a visit, and I took a ferry trip across the bay, past Alcatraz to the waterside town of Sausalito, where I sketched the view of the bay over a liquid lunch (at $11 for a small glass of wine, there was no way I could have any food to go with it!). 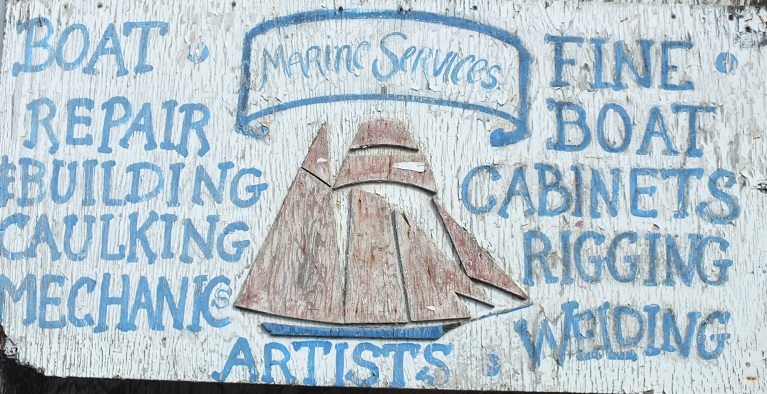 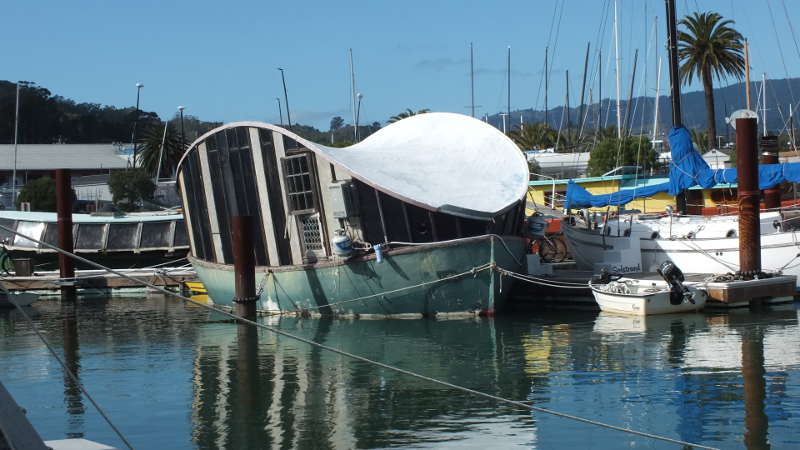 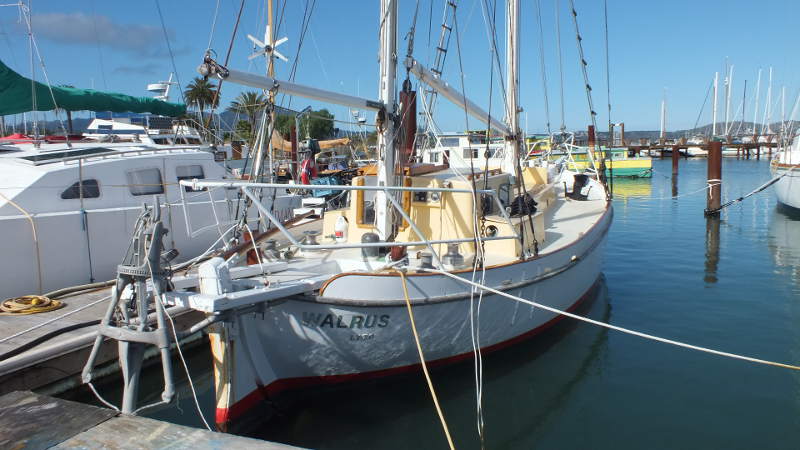 The Galilee Harbour Community Association is home to a delightful mix of houseboats, which are considered a valued part of the town (and were certainly the best and most interesting to look at). From quirky conversions to ocean going liveaboards….

It was a relief to be back at sea again, even though that means getting back to work and the first day at sea after San Francisco was the most hectic teaching day so far. With the changeover of half the passengers, I started the beginners class again in the morning (over 40 people) and ran an improvers class in the afternoon for those still left on board from the previous leg. I was expecting this to be a small group, but people kept on coming until there were over 50 – all the previous students plus many newcomers who had some experience already. Half the time was spent getting everyone fitted up with art material packs, squeezing in more tables and getting everyone settled. Quite a few people kept drifting in, saw there was no space and went away again; some stayed and just listened in the background. I stand with my back to the bar to talk to the group, and every so often the ice crushing machine is switched on – I have to pause and wait for the noise to subside. Oh, the challenges of teaching art in a cocktail bar!

Most of the time the motion of the ship is the gentle breath of the ocean swell, a slow easy pitch and roll that soothes the body, echoing your own breathing. On the third day out from San Francisco, however, the swell picked up to a steeper sea. My students gathered round the table to watch a close up demo held on to the table for support, and when we fell off a particularly big wave there was the sound of breaking glass from the bar behind us. In the afternoon I gave a lesson on perspective and horizon lines, whilst the real horizon danced crazily up and down outside the windows. By the end of the lesson my stomach had lost interest in the day and my head felt like it was filling up with liquid cement. I packed up quickly and went for a lie down, revived later by the quietening of the seas and the healing effects of two glasses of Prosecco. 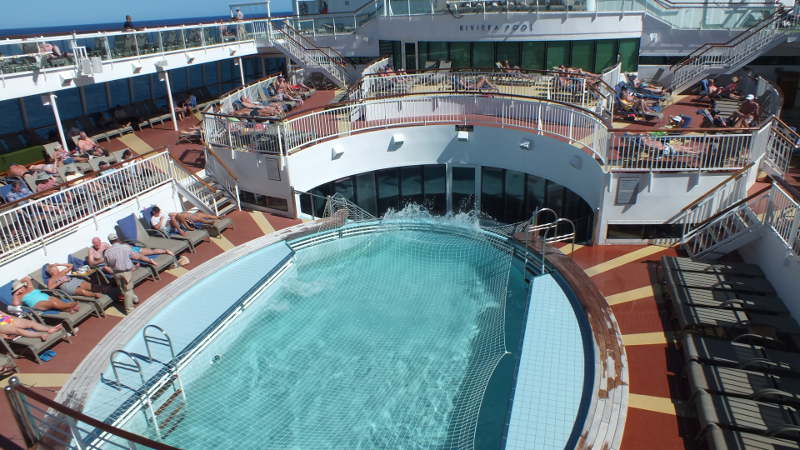 There are three swimming pools on board, and the long ocean swell sets up a mini-tsunami that tips half the water on deck. When it gets too bad, the pools are closed. My own after-work swim routine will resume when the temperatures get properly hot again – it’s been notably cool in the latitudes of San Francisco but each day we head south west the temperature creeps higher again. Soon I may – just may – take my cardigan off! 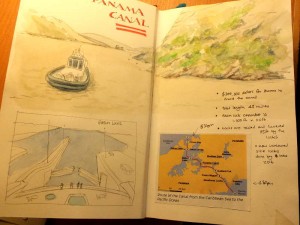 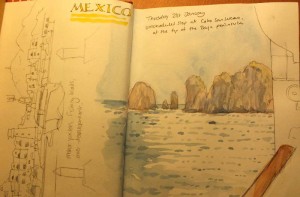 Urging my students to sketch…. I’d better get on and do some!

9 thoughts on “Rolling down to Old Maui”

Art lessons across the Pacific »